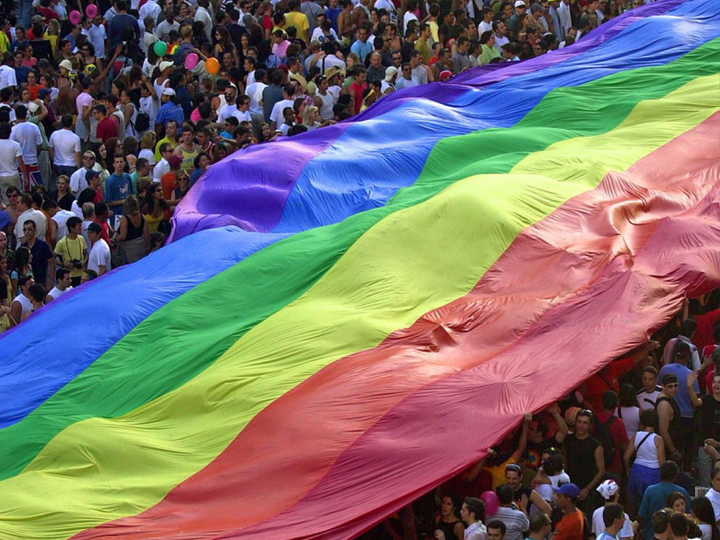 #1 Why do “gays/lesbians” seem less masculine/feminine than straight people?

YF: Gender expression (how we express out our gender identity) is very different from sexual orientation (gender of person we are attracted to). There are many forms of gender expression within a whole continuum that includes “femininity”, “masculinity”, and “androgyny”(combination of masculine and feminine characteristics).

Straight individuals, lesbians, and gay men come in all shapes, sizes, and gender expressions; so it’s no longer accurate to stereotype in this limited way.

#2 What is the difference between a “transgender” and “cisgender”?

YF: “Transgender” describes anyone whose biological sex assigned to them at birth is aligned differently from their gender identity (how one perceives themselves and their gender). So someone who was assigned the sex of a “girl” at birth, and grows up identifying as “male”, may be described as a “transgender man”.

“Cisgender” means that one’s biological sex is aligned with one’s gender identity. A person who was assigned the sex of “girl” at birth, and grows up identifying as “female”, may be described as a “cisgender woman”.

It is usually inappropriate and grammatically incorrect to use “transgender” as a noun to label someone, E.g.: “There is a group of transgenders in the park” or as a verb, E.g.: “She is a transgendered woman” or “He is transgendering.”

It would be more accurate to say “There is a group of transgender people in the park”, “She is a transgender woman”, and “He is transitioning.”

#3 What should we do if we are unsure of the person’s gender identity, or the gender pronoun they want to be referred to as?

YF: With increased understanding and experiences towards diverse gender identities and sexual orientation, we have now evolved from saying “sex-change” surgery, to “gender re-assignment” or “gender-affirming”.

In any social setting, it’s perfectly OK to apologise for saying the wrong thing or being uninformed, and we can respectfully ask for guidance / permission on what we should say instead!

E.g. “I hope you don’t mind, how would you describe your sexual orientation?” / “What gender pronoun do you use for yourself?”

#4 Do the LGBTQ community discriminate  within their own community?

YF: Just like our non-LGBTQ peers, all of us grew up in a misogynistic, patriarchal, homophobic, and transphobic society, which has caused us to internalise some of these attitudes too.

E.g. Some gay men may prefer to describe themselves as “straight-acting” (a term for a same gender-attracted person who does not exhibit the appearance or mannerisms of what is seen as stereotypical for gay people)”, and are embarrassed to be associated with “those” gay men who are “sissy”.

This speaks of a sense of shame that we may have learnt from our homophobic and transphobic peers who look down on LGBTQ people as being “lesser”.

#5 Does being religious means you cannot hold a LGBTQ identity at the same time?

YF: When some individuals impose their definition of “family” on others, they arbitrarily create a false binary – If you are “pro-LGBTQ”, then you must be “anti-family” and “anti-religion”.

Working in Oogachaga, I know many LGBTQ individuals who identity with a faith. Many of them have supportive families, believing in universal family values – like love, respect and compassion. We also know many straight allies who are supportive of our community!

Therefore, it is possible to be pro-LGBTQ, pro-family and pro-religion, all at the same time!

#6 How do gays and lesbians have sex when they cannot even insert anything??

#7 Is there such thing as lesbian-to-lesbian rape?

YF: When the sex is non-consensual, it is known as rape or sexual assault. In Singapore, the terms used depend on the gender and age of the parties involved, and the type of act committed.

#8 Gay men are hornier and more promiscuous than straight people, which is why their higher HIV/AIDs infection rates – am I not wrong to say that?

YF: Sexual arousal in any human is natural – regardless of gender or sexual orientation. Having lots of sex does not automatically lead to one getting HIV. Instead, it is ignorance and lack of awareness about sexual health and disease transmission e.g. having sexual intercourse without using the necessary protection, that causes HIV transmission.

#9 Can you tell me more about HIV and AIDs?

How HIV is transmitted

HIV is present in blood, genital fluids (semen, vaginal and rectal fluids), and breast milk. The main ways HIV (Human Immuno-deficiency Virus) can be passed on to someone else:

How to prevent HIV transmission

The best way to prevent HIV infection is to adopt preventive measures e.g. using a condom during sexual intercourse, taking a course of PrEP (pre-exposure prophylaxis) and going for regular HIV screening if you are sexually active. Only a test can tell if you are HIV-positive; as symptoms are often inconclusive or inaccurate.

Relation between HIV and AIDs

It is only HIV that can be transmitted from one person to another. You cannot catch from, or transmit Acquired Immune Deficiency Syndrome (AIDS) to another person. There is also no AIDS test. AIDS describes a combination of potentially life-threatening infections and cancers, which can develop when someone’s immune system has been compromised by HIV. There are current medical criterion used by medical professionals to assess if the HIV infection has progressed into a full-blown AIDS.

Treatment aims to reduce the amount of HIV in the body through anti-HIV drugs. An individual with HIV can expect to live a long and healthy life with appropriate treatment and care. HIV is no longer a “death sentence” or terminal illness, but is increasingly being managed in developed countries by healthcare professionals as a chronic condition.

#10 What is one thing you feel happy about, in regards to Oogachaga’s service towards the local LGBTQ community?

YF: Many of our clients tell us they like what we stand for - that we are proudly and openly LGBTQ-affirming, and they feel safe using our services without worrying about being judged, misunderstood, or rejected 🙂

YF: As Singapore’s only community-based, non-profit, counselling centre working exclusively with LGBTQ+ individuals, couples and families since 1999, we have a small team of professional social workers and counsellors who are supported by trained, unpaid volunteers who run some of our services during the evenings and weekends.

Thank you Offbeat Perspectives for sharing this story.
Got a story to share? Drop us a mail at mail@redwiretimes.com.
Or find us on Facebook at https://www.facebook.com/redwire.singapore!