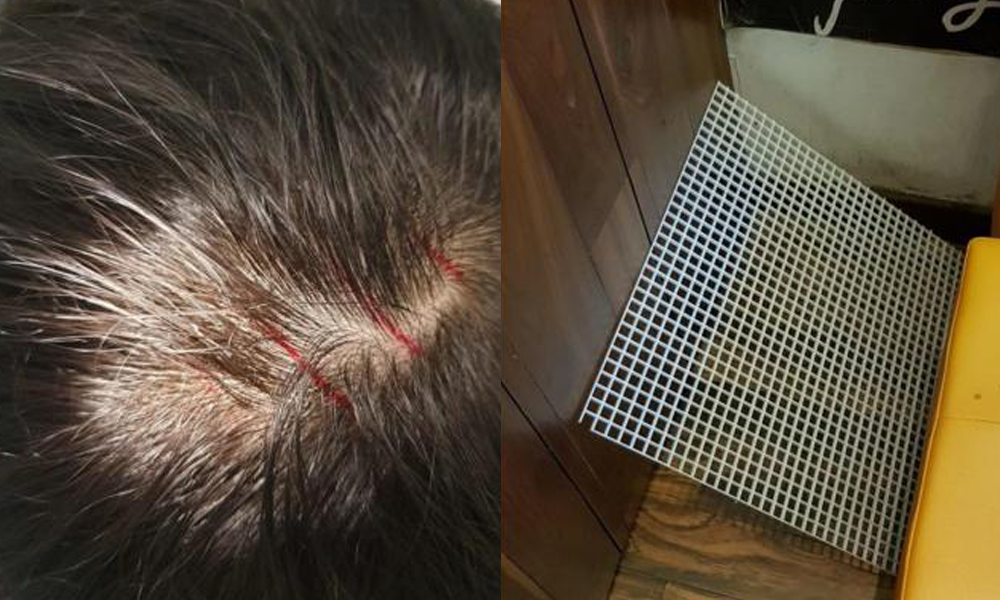 An aircon diffuser grille that came dislodged at Bedok Mall fell on a 10-year-old boy, wounding him in the head.

The boy was having lunch with his father at the Pepper Lunch restaurant when he was struck, leaving bold red streaks on his head.

The grille is estimated to be about half a kilogram heavy.

“I was using my handphone to check emails when I heard a loud sound. I looked up and saw my son holding his head and saying that he was in pain.”

Doctor’s applied ointment to the boy’s head, and he was given 5 days of medical leave from school.

Mr Wu has made a police report regarding the incident.

He says that he wants to prevent an occurrence like that from happening again.