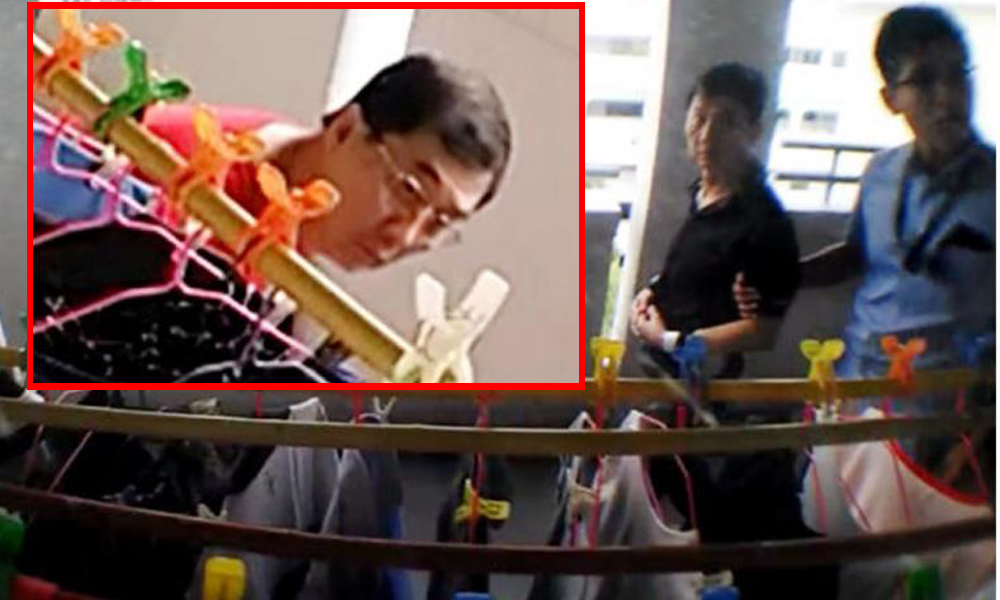 The Bukit Batok Lingerie Thief who was caught on camera stealing lingerie from a unit in the estate was found to have 114 pieces of women’s underwear in a secret stash at home.

Police discovered the pervert’s hidden shrine to women’s intimates after a search of his house.

The 63-year-old pervert was charged in court this morning.

The issue came to light after Li Jianbin published a video online which caught the Bukit Batok Lingerie Thief taking several pairs of bras and panties from the clothes rack outside his home.

Li stays with 5 female relatives, and in 3 months, 50 pieces of underwear had been stolen.

“I made a police report but he has not been caught. Therefore I’m posting this here in hopes that it will raise awareness. He takes only women’s lace underwear.”

If convicted of Dishonest Misappropriation of Property, the Bukit Batok Lingerie Pervert faces a jail term of up to 2 years, or a fine, or both.