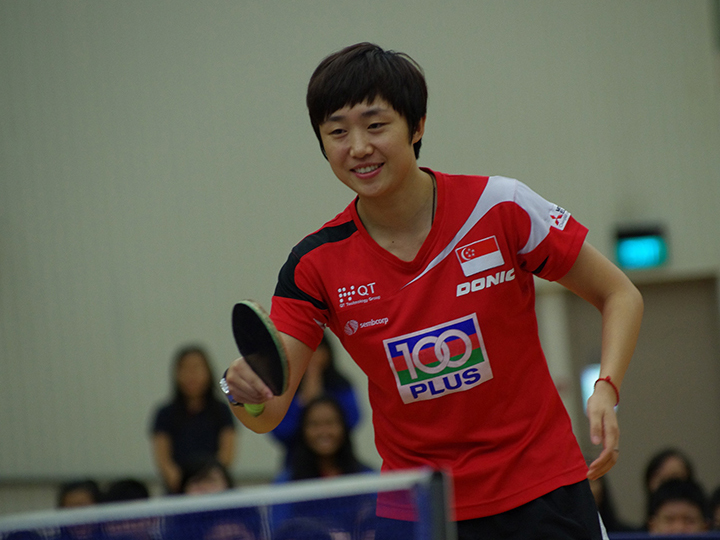 She bought 200 eggs in 9 nine days and 10 tins of milk in 3 days and claimed the cost from the Singapore Table Tennis Association (God and Kong Hee know what in the world she did with the makan but the association later rejected her claim and made her return the cash).

Not only that, she refused to contribute her earnings from the Multi-Million Dollar Awards Programme that was meant for the coaches after winning Gold in a team event — an amount of S$400 — and instigated other team members to follow suit.

Those are the allegations hurled against national paddler Feng Tianwei, following her sacking from the Singapore table tennis team.

On top of money issues, she was also at loggerheads with coaches and had disputes over competitions.

The China-born paddler, who was fast-tracked to Singapore citizenship is indeed a talent – she was part of the Singapore women’s team that finished second in the 2008 Olympics and third four years later, when she also collected a bronze in the women’s singles.

However, it appears that she was sacked earlier this week because of misconduct and ill-discipline.

Added to that, is the fact that she will be 34 come the next Olympic Games and Singapore is looking to push forward younger talents.

Still, it’s not too shabby treatment that the now 30-year-old Feng has received, considering she’s earned close to S$3 million in salary, sponsorship and monetary rewards.

Unfortunately for her, in the words of STTA chief executive officer Wong Hui Leng.

“We also believe very strongly in values like discipline, respect and the importance of teamwork and working together towards our common objective of bringing glory to Singapore.”