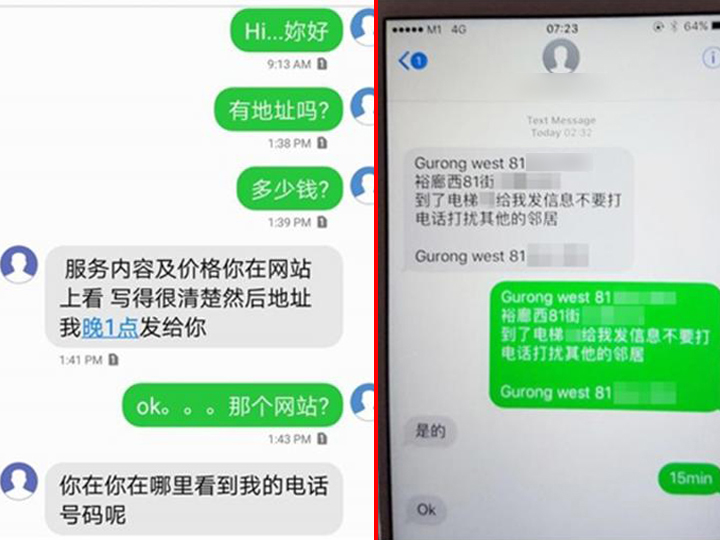 Their relationship has been going through a rough patch for the past month.

But little did this 31-year-old pretty housewife expect that her husband’s “drinking session” were actually a cover story for his visits to prostitutes.

The couple have 3 children below the age of 5 years old.

Mdm X (who wants to remain anonymous to protect her children) says that she had been quarrelling with her husband over the past month as he would come home drunk and angry, and sometimes hit her.

She said that he would usually leave the house to lim jiu (drink beer) at night, and she got suspicious when he started coming home in the wee hours of the morning.

Then, last Friday (20 Oct) she managed to get hold of his handphone and check his messages (husbands, beware!)

That’s when Mdm X found these text message and found out he was going for some “fun” at a HDB flat brothel in “Gurong” – the place we normally call “Jurong” which probably some fella who isn’t a Singapore native anyhow spell lah.

Here’s the translation of the text messages (pictured above).

Husband: Hi, good day.
Husband: Do you have the address?
Husband: What’s the price?

Ah Hua (some random name we came up with): You saw the service description and price on the website. It’s stated there clearly. As for the address, I will tell you later.

Ah Hua: Where did you see my telephone number?

Ah Hua: “Gurong” West St 81 xxxx. When you reach lift xx, send me a text message. Don’t call, that will disturb other neighbours. 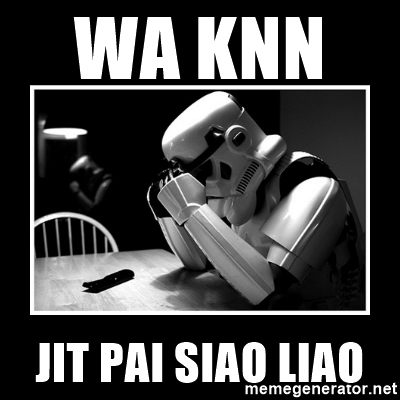 Mdm X says that despite their fights, she hoped that husband would turn over a new leaf and their relationship would improve

But after discovering the text messages, she’s furious that husband has been “snacking outside”.

Mdm X is madder still at prostitutes who destroy families.

She has shared the text messages in the hopes of exposing them and helping the long arm of the law slap them with harsh punishments (and hopefully not the 50 Shades of Grey kind of slapping that, you know, brings pleasure instead).