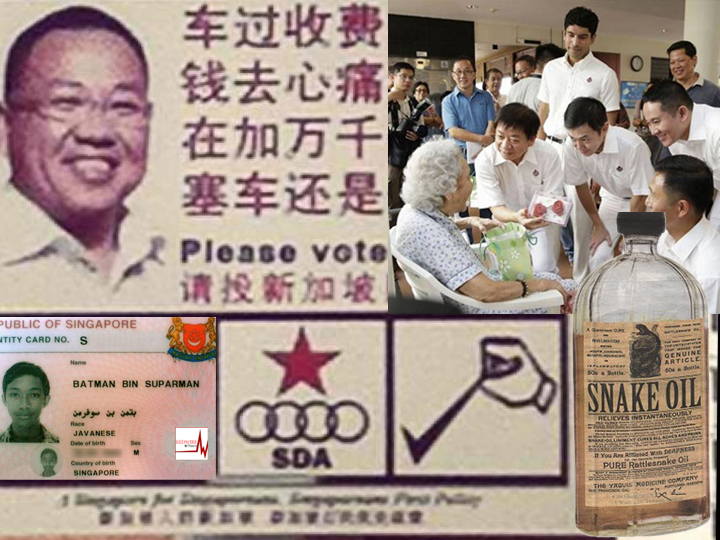 So you think you know who you want to vote for, and maybe why you want to vote for the bugger. But that isn’t enough. You got to keep to the script to make sure your vote gets through. Otherwise instead of voting some Ah Kow into parliament, you might anyhow mark the Ah Neow instead! Here’s 6 things that you got to know as we head into General Election 2015! 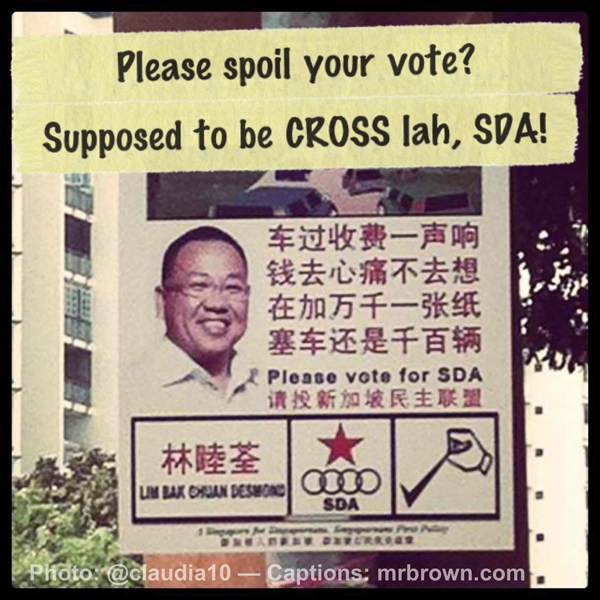 Don’t suka suka put one tick  or turtle in the box next to Dr Koh Poh Koon and co if you want to vote for his team. That means you DON’T WANT to vote for him. Draw an X next to the candidate you support. Otherwise you’re going to piss off the counting officers big-time and they will come and hoot you at 3am, not the ISD.

(2) Anyhow Mark can have Bad Consequences 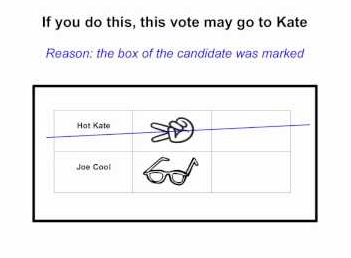 Then again, instead of coming to hoot you, the counting officer might take your little drawing as an indication that you wanted to vote for the candidate, but didn’t know you had to draw an X. So, he might count it as one vote FOR the candidate you didn’t support. So if you want to spoil your vote, just draw a turtle or something on the backside of the voting slip lah, that way no doubt that you’re a spoiler and possibly also a loanshark runner. ISD won’t hoot you, but CID might. 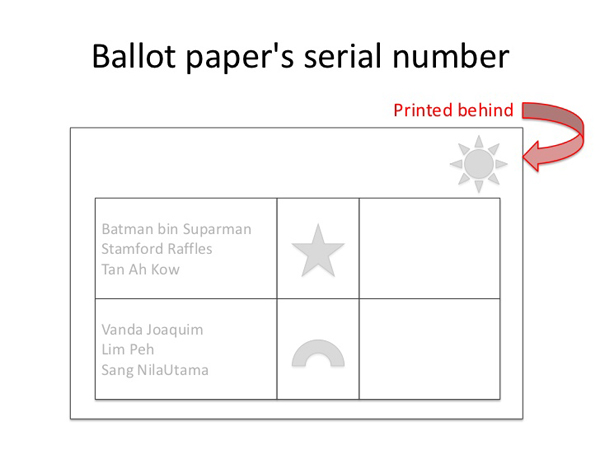 There are serial numbers on the voting slips, but that is to make sure that every slip is accounted for, and that there’s no bugger trying to slip two votes in. You never know, without serial numbers, some wayang party might just ship a busload of Bangladeshis in to anyhow vote. So yeah, your vote is secret, the measures put in places are to prevent any corruption of the votes, and not so the ISD can hunt you down and hoot you. 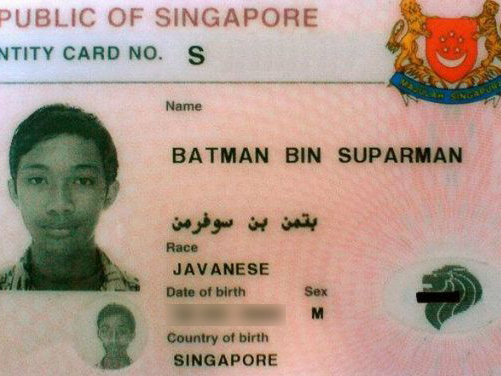 That’s why you need to bring your IC – so the election officials can make sure you’re really a Singaporean (and not some foreign import) and that you’re rightfully eligible to vote. Young first-time voters better not forget, otherwise later your father will hoot you because got to drive you home and pick up NRIC then go back. So don’t forget the pink card!

(5) No Camping Near Polling Stations 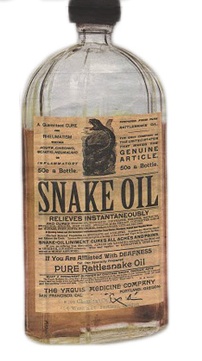 If you supporters of the Men in Blue, or Men in White, or Men in Pink Lace think that you can wait outside polling stations and disturb the aunties, you cannot lah! Once you vote, you’re out, even if you’re Ah Loong. If you insist on camping outside and selling koyok, Cardboard Mata and friends will come down and hoot you.

(5) No More Politicking on Cooling Off Day 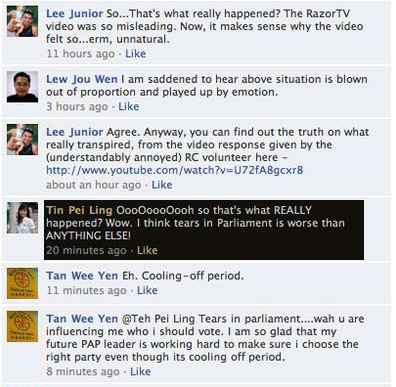 If you recall GE2011, a certain overly-enthusiastic PR member for a certain Kate Spade-ish candidate went and posted a message on Facebook which was quickly deleted because on Cooling Off Day, one day before Polling Day, everyone must diam and go drink Tiger. No newspaper reports, no hop on the the van and blare loudspeakers waking everyone up. And don’t try to hang some giant WP flag up and kena stuck until SCDF got to come down. Otherwise the firemen, and maybe Victor Lye, will come and hoot you!