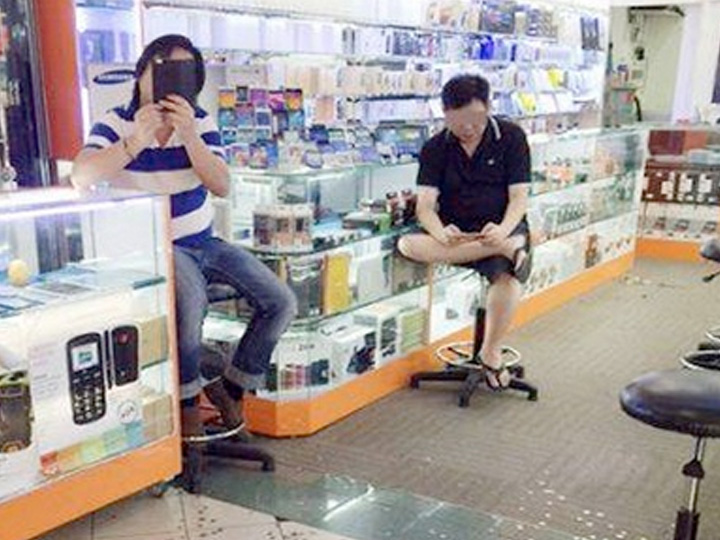 An ex-Mobile Air employee has spilled the beans about 7 underhanded techniques that store owners use to force customers to make purchases.

The ex-employee felt guilty about Mobile Air’s unscrupulous methods of doing business and decided to expose how the staff worked.

The report also revealed that some staff had links to gangs, and this was used to intimidate customers who do not comply with Mobile Air’s requests.

Mobile Air and its owner Jover Chew became infamous after two recent incidents — recently refunding a woman $1,010 in coins, which included one-cents and five-cents, and leaving a Vietnamese tourist in tears while kneeling and begging for a refund after buying an iPhone 6.

According to the ex-employee, these were the 7 underhanded techniques that Mobile Air staff commonly used to scam customers.

1. Mobile air entices customers with low prices. Their products often have a lower price tag than that of their competitors, but these products come with excessive hidden costs

2. After customers decide to make a purchase, the staff will take their credit cards.

3. Customers will then be made to sign a form saying that they agree to purchase the warranty for the product. The cost of the warranty, which may amount to as much as $1000, will be covered while customers are signing the form.

4. Customers will then be informed of the cost of the warranty after the form is signed.

5. The staff will threaten to call the police if customers make a scene at the shop.

6. Customers will also be told that all their actions were recorded and the footage may be used against them.

7. Staff with links to secret societies will also act like gangsters to intimidate customers.

Tourists, maids, foreign workers and the elderly are frequent targets of Mobile Air.

Tourists with luggage are targeted especially because of the low likelihood of them returning.