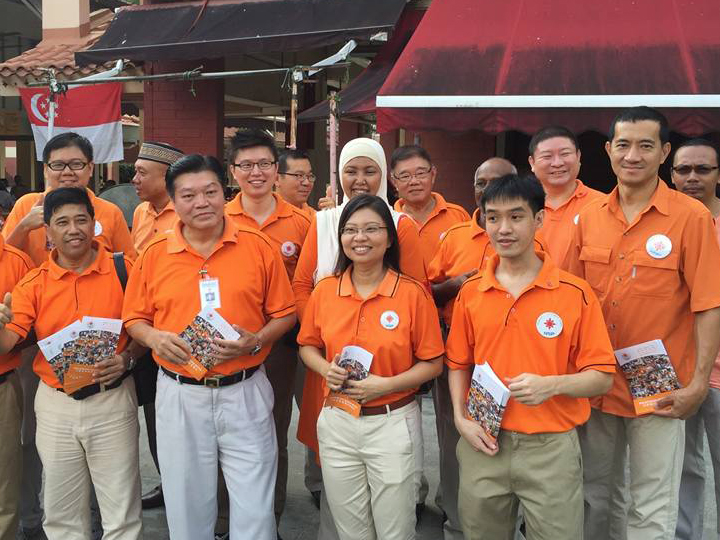 The National Solidarity Party will contest in MacPherson SMC, with Steve Chia leading the 3-cornered fight against the PAP’s Tin Pei Ling and a yet-to-be-announced candidate from the Workers’ Party.

The NSP says it decided to challenge for MacPherson, after constituents had requested that it return to contest the SMC.

But voters there appear to be shaken by the NSP’s latest u-turn, after it initially declared it will not put up a fight to avoid coming up against the WP.

22 out of 30 local residents Redwire spoke to say that they will not vote for the NSP in MacPherson.

About 60 percent of those cited the flip-flopping issue amongst the reasons why they would vote for contestants from other parties.

Said Mr Tony, “The WP said it would contest here and their people came and walked the ground. The NSP said it would contest here, then after that said they don’t want to because of the WP, then now they say they want to come back. What do they take us for? Old slippers? You see Tin Pei Ling around here more than you see them, so if you ask me to rank, I would rank WP and Tin higher than the NSP people. Eh, Tin Pei Ling give birth already or not?”

Amongst other reasons cited were a lack of confidence in the party.

Said Ms Gomez, ” I’ve read about the party in the newspapers. I’m not convinced that this is the right party for MacPherson, after Jeannette (Chong-Aruldoss, former NSP Secretary-General) resigned. There have been many changes and new faces have come and gone. I think the party must get its own house in order. Continuity and stability is important. There must be stability, otherwise that will come down to the residents. 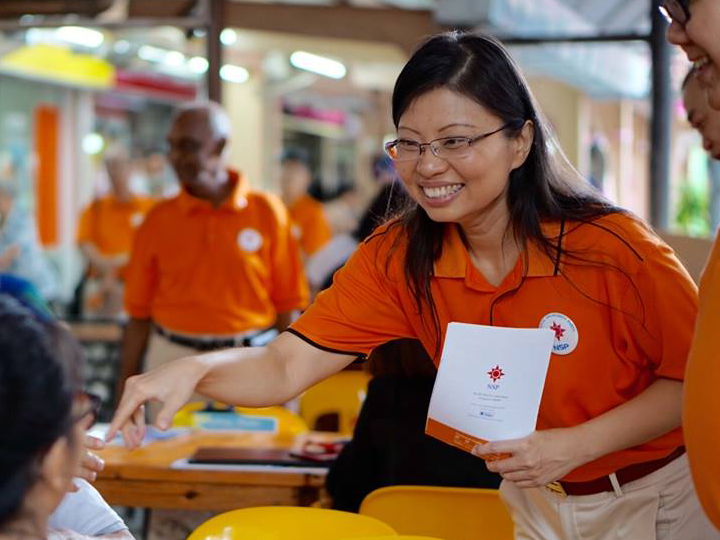 Besides MacPherson, the NSP is looking to contest in Pioneer SMC, as well as Tampines and Sembawang GRC. 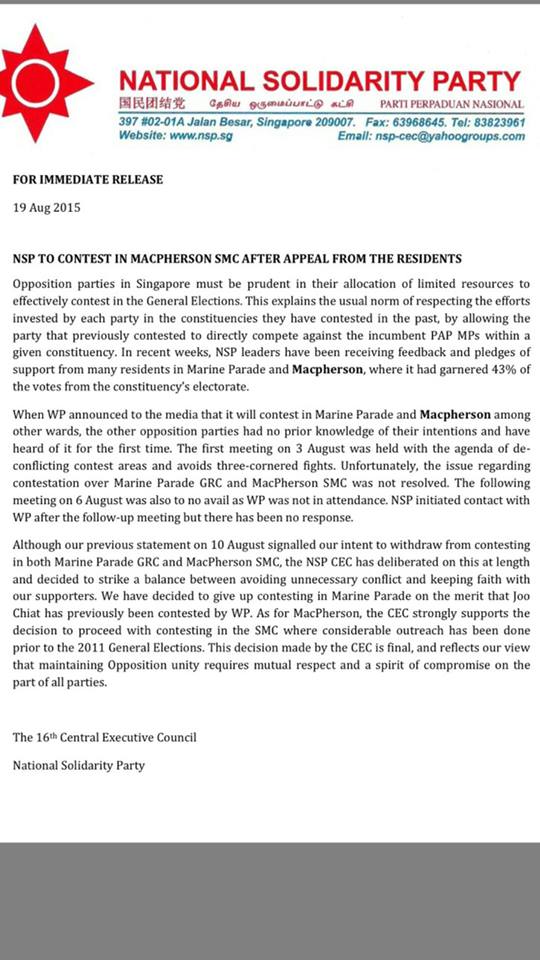