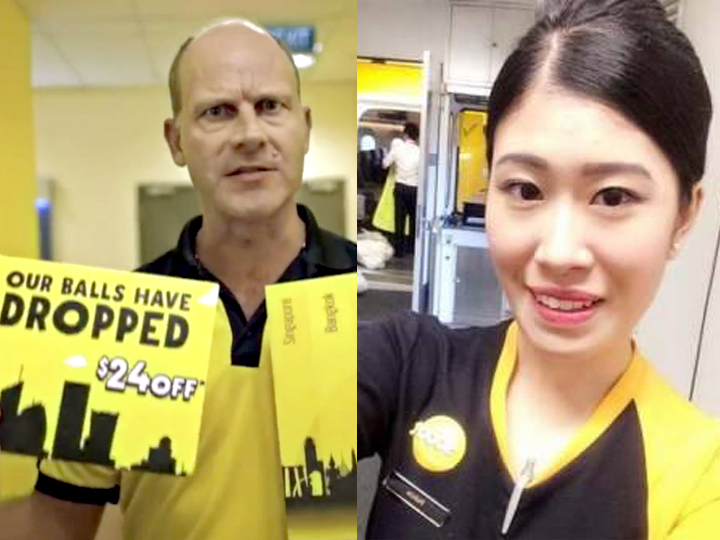 After all, she’s saying the equivalent of “Don’t buy a Chery QQ then cow beh when you don’t get Mercedes’ standard service”. 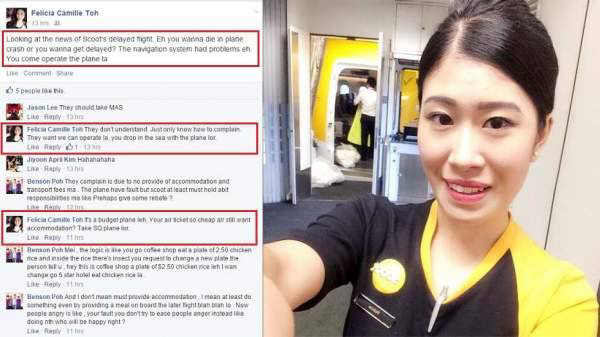 Corporate culture is important for an organisation and we can see from Scoot’s latest apology over the TZ 8 flight disruption that staff are well-taught by the company.

” Scoot has never shied away from the fact that low airfares come with a quid pro quo, which is that hotel accommodation is not assured in the rare event of disruption, and that travel insurance is highly recommended. These conditions are made known to and are acknowledged by every passenger at the time of booking.”

Poor Pasir Ris One DBSS flat owners, though, paid more than peanuts and got lemons.

But back to Scoot.

You can’t treat customers like dirt, and apologise by telling them they deserve to be treated like dirt, and expect them to come knocking on your door again.

If they do, then they really deserve it.

Especially when they see how Hong Kong-based Scoot passengers had it so much better.

Well, at least there’s one good thing going for Scoot -it’s got a strong corporate culture.

Unfortunately, it’s one that appears to reinforce bad service.

This is Scoot CEO Campbell Wilson’s apology in full:

Scoot deeply regrets disruption to guests affected by the flight delays over the weekend. We sincerely apologize for the inconvenience caused to their travel plans.

The principal cause of the disruption was a technical fault experienced upon arrival of TZ220 at Hong Kong on Friday morning. Initial attempts to resolve the issue failed and, ultimately, a spare part and team of engineers had to be dispatched from Singapore.

With a small fleet and one aircraft out of action in Hong Kong a number of flights were rescheduled, including Saturday’s TZ8 from Singapore to Perth. During checks prior to this flight, a tyre issue was detected requiring a wheel to be changed, a process that took three hours. Regrettably, this new delay meant that the operating crew could not complete the flight in their legal duty time and were obliged to stand down but, because of earlier rescheduling of flights, no standby crew were available. Consequently, TZ8 was delayed overnight until a new, rested crew was available.

The safe operation of our airline is paramount and will not be compromised. Occasional technical issues nonetheless happen, to any airline, and the smaller the fleet, the larger the effect on schedules. As Scoot’s fleet grows from 6 to 11 aircraft this year our ability to absorb such events will significantly improve but, even so, Scoot is also reviewing the handling of these two flights to refine our processes and procedures.

As readers will be aware, Scoot has never shied away from the fact that low airfares come with a quid pro quo, which is that hotel accommodation is not assured in the rare event of disruption, and that travel insurance is highly recommended. These conditions are made known to and are acknowledged by every passenger at the time of booking. Notwithstanding, Scoot elected to provide hotel accommodation in Hong Kong to passengers on TZ221 and lounge access and F&B vouchers at Changi Airport to those on TZ8. Scoot has also reached out to guests on the two affected flights with compensation vouchers over and above the Guest Promise stated on our website as an indication of our regret.

We again apologize to those affected, assure them that their safety was at the core of our actions at all times, and commit that we will learn from this experience.

This commentary was written by Ronald Lee.
Send us your commentaries at mail@redwiretimes.com
Find us on Facebook! https://www.facebook.com/redwire.singapore