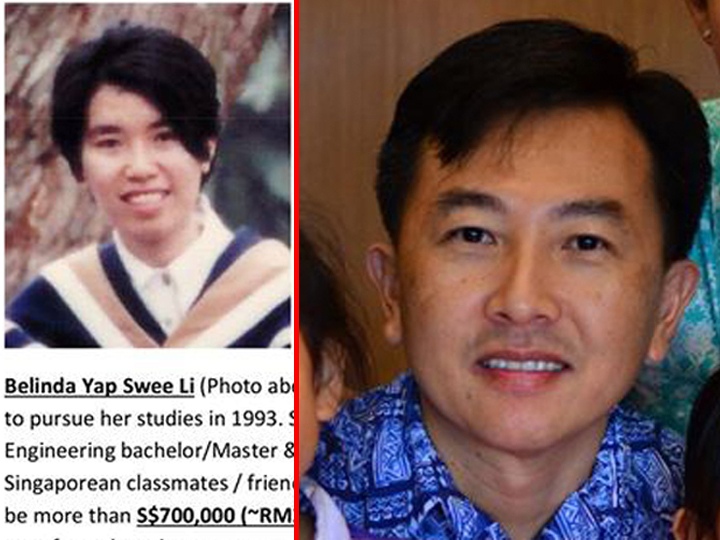 Belinda Yap, the Malaysian national accused of bailing on her guarantors from NUS and saddling them with debt has taken taken action against her accuser.

Her supposed victims, led by a Mr Ong Aik Seng, had apparently took to social media to try and track her down.

But Yap has rubbished the claims, and taken action Ong.

Writing to Redwire, she said:

“The information in this article was originally obtained from Mr. Ong’s Facebook public posting. Over the last two weeks, Mr. Ong has been informed through his employer about his defamatory actions and about his unlawful behavior of disseminating personal information and images on the internet. The local authorities of where I am residing has been informed as well of Mr.Ong’s actions. Mr. Ong has since taken down the public posting from his Facebook page. I invite you to confirm this by going to Mr. Ong’s Facebook site.”

Ong had accused Yap of sealing a study bond worth S$700,000 with the help of 4 NUS classmates as guarantors, then refusing to return to Singapore to serve the bond after finding work in the US.

He said that attempts to reach her and her family were futile.

He had also disseminated a write-up on the alleged con, claiming that “justice needs to be served”.