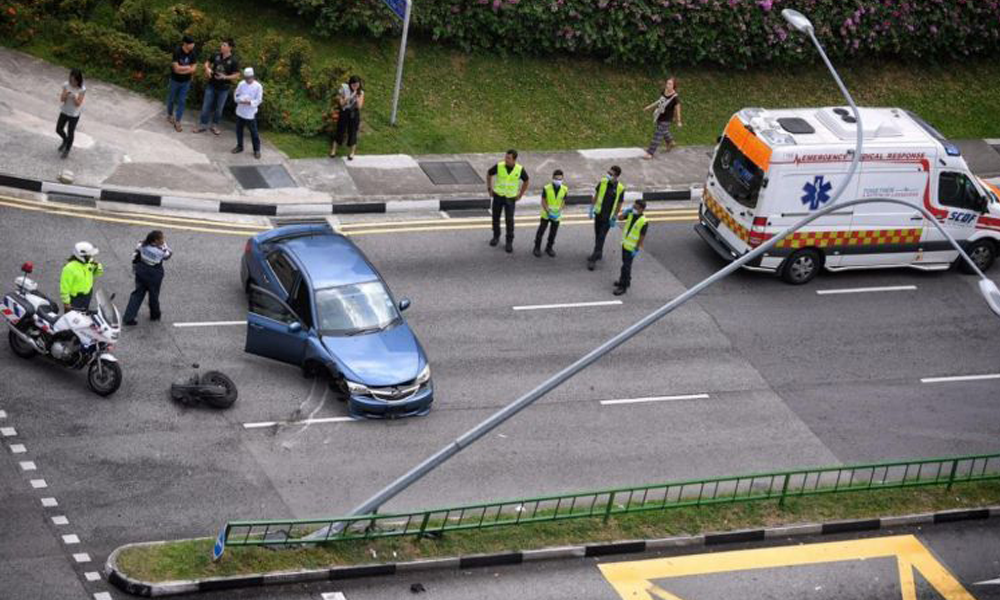 One sneeze is all it took for this 66-year-old abang to lose control of his car and crash into a lamp post, almost toppling it. 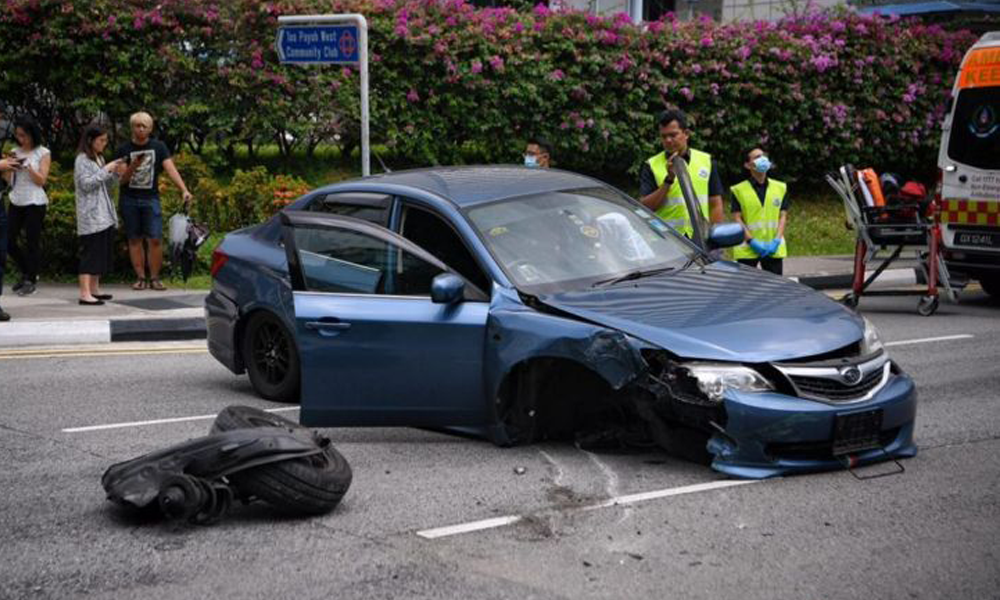 Abdul Rahman Hassan was heading to Upper Thomson Road to pick up his 3-year-old granddaughter from kindergarten when the sneeze attack caused him to crash.

His Subaru Impreza was badly damaged, but he wasn’t injured.

And, Abdul Rahman isn’t taking the hit too badly:

“I had a loud sneeze and then I realised I hit the divider and lamp post. I was not scared. Accidents can happen. Anyway, my car needs to be scrapped next year. If I can’t repair it, I will just scrap it.”

Workers removed the damaged lamp post at about 2.10pm and are in the process of replacing it.