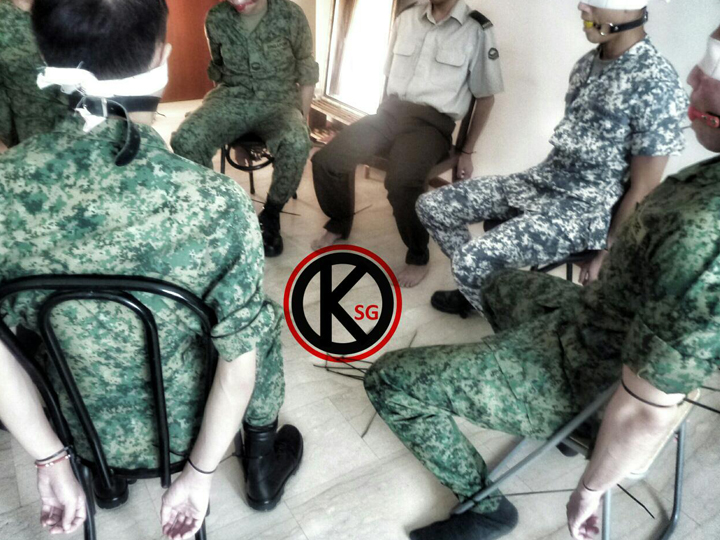 Policeman, fireman, Pamela Anderson, or whatever gets you in a kinky mood for a night of hot lovin’.

But army boys? Surely not, right?

These pictures were sent to us by reader Alfred. 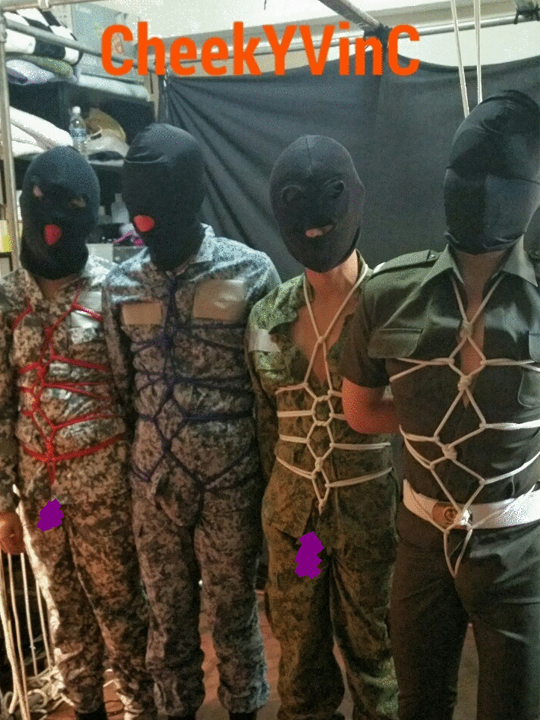 In the pictures, you can see men clad in various versions of the Singapore army uniform, including the uniform of the military police. 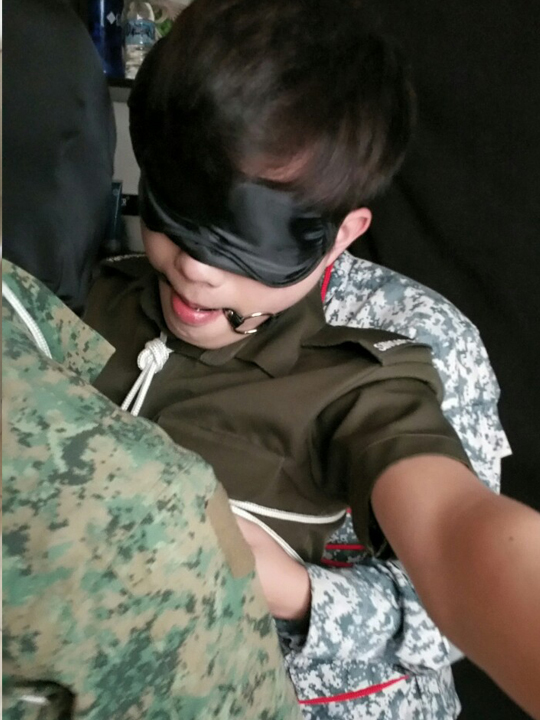 It’s unclear why the men are clothed as such, and put in such positions, thought there’s speculation that they are tied up as part of a game, or a bondage sex act. 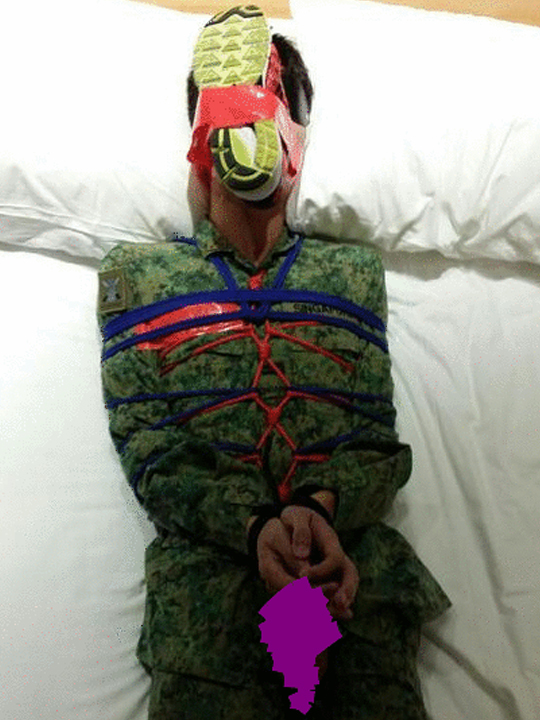 Some were apparently taken by a netizen who goes by the moniker “CheekyVinc” and shared online.

They appear to be other netizens besides “CheekyVinc” snapping and sharing such pictures too. 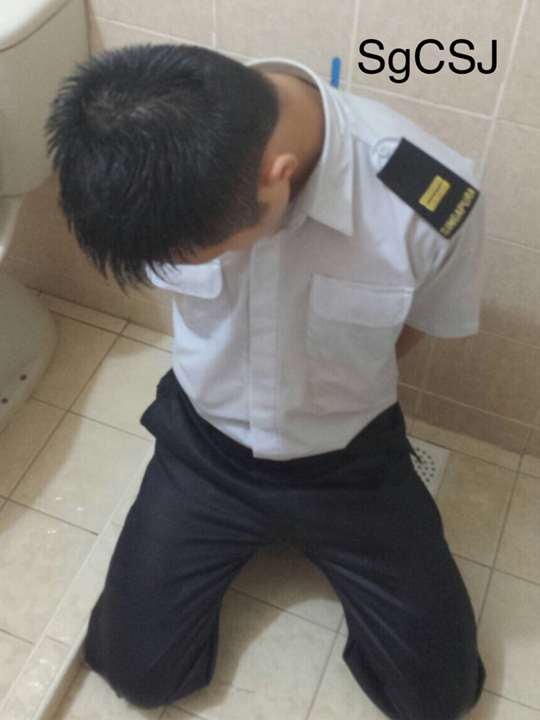 If you need to wash your eyes now, do so carefully.