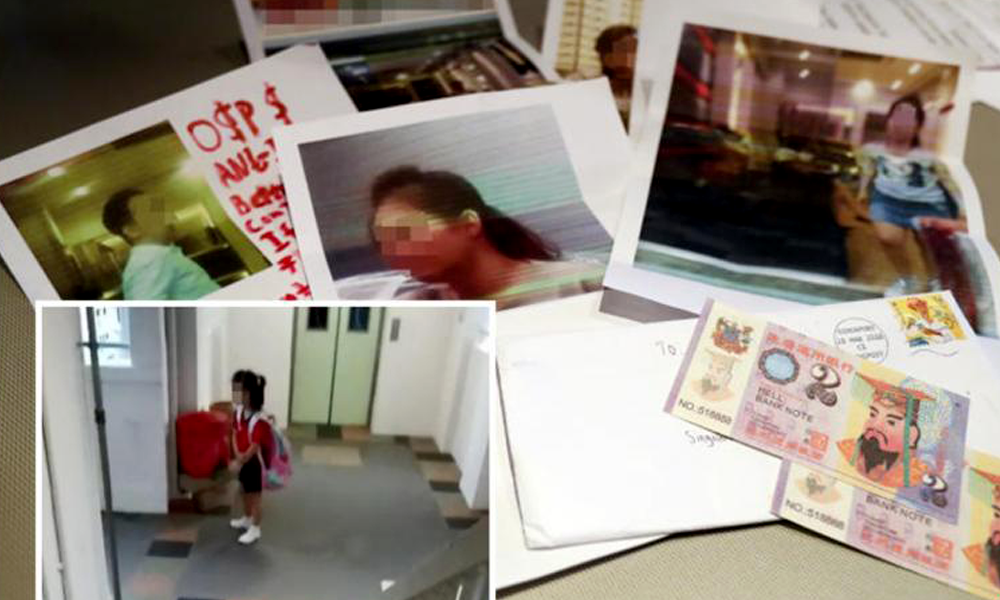 The extended family of a 42-year-old businesswoman and single mother has cried foul over a loanshark’s debt collection tactics.

The ah long has reportedly been following members of the family around and snapping pictures of them, even pictures of the woman’s 7-year-old grandniece going to school.

The loanshark harassment started over the Chinese New Year period this year, when the ah long called his mother and told her, “Do you still want your sister? If you do, then pay money!”.

His aunt and her 18-year-old son had been staying with the family for the past 10 years, but were asked to move out of the house this year after persistent loanshark harassment.

Still the loanshark harassment persisted – even after the family helped pay off S$80,000 of the debt.

The ah long then went a step further and followed members of the family around, snapping pictures of in the course of their daily activities.

The ah long then put 2 cans of red paint outside the house and sent videos of homes being set on fire and paint being splashed on the main door of residences.

Mr Zhang said he has not been able to contact his aunt for the past 2 weeks and has made a police report.

Police have confirmed the report of loanshark harassment and investigations are ongoing.