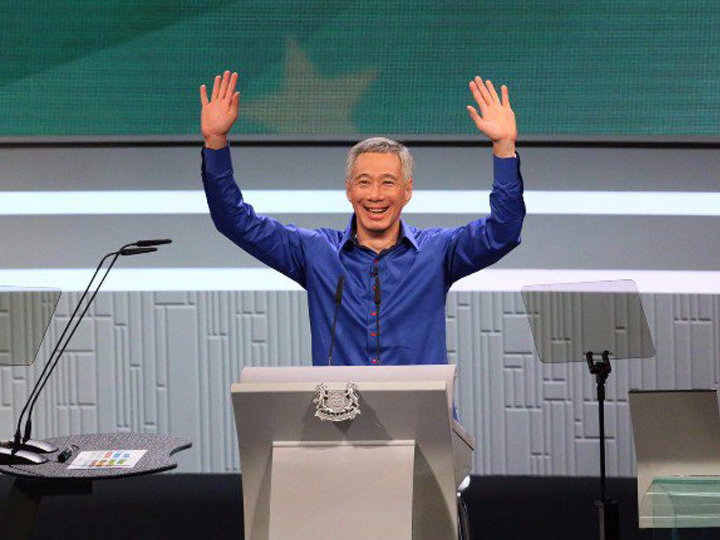 “Thank you for waiting, I gave everybody a scare.”

However, it appears he is fine and has resumed his speech to a standing ovation from the audience.

At about 9.20pm, PM Lee appeared to have lost balance while speaking about changes to the elected presidency.

He was visibly unwell – his speech slurred and his face contorted.

That incident led to the temporary suspension of the rally, as a medical team tended to PM Lee.

There were fears that the prime minister could have suffered a stroke, just as Finance Minister Heng Swee Keat did 3 months earlier during a Cabinet meeting.

However, the Prime Minister’s Office has announced that PM Lee’s heart is fine and that he did not have a stroke.

The PMO said that PM Lee was feeling unsteady because of “prolonged standing, heat and dehydration”.