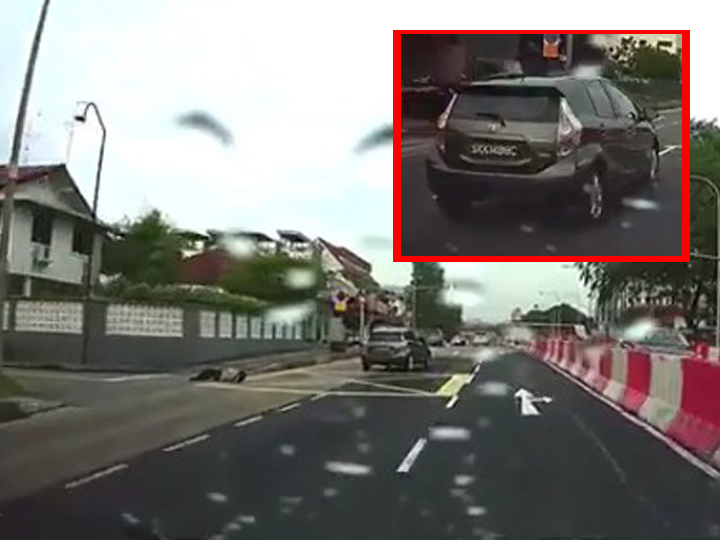 A high-speed chase along Upper Serangoon Road today at 7.20am (as high speed as speeds can get during that peak hour time lah).

A Toyota Prius driver smashed into an elderly pedestrian while pulling out of Surin Rd towards Upper Serangoon Rd.

Instead of stopping to check if the pedestrian was alright, the driver simply drove off.

Eyewitness Ms L Tan, who was driving at the time, said she chased down the Toyota Prius driver and tried to get her to stop.

“I honked at the driver and signalled for her to stop but she looked at me nonchalantly and continued to drive away.”

Ms Tan said the Toyota Prius driver, who looked to be a 70-year-old woman and had a child in the back seat, continued to ignore her and drive off.

Since she couldn’t stop her, Ms Tan pulled over and called the police.

According to the Road Traffic Act, the driver of a motor vehicle must render assistance if involved in an accident that causes injury to any person.