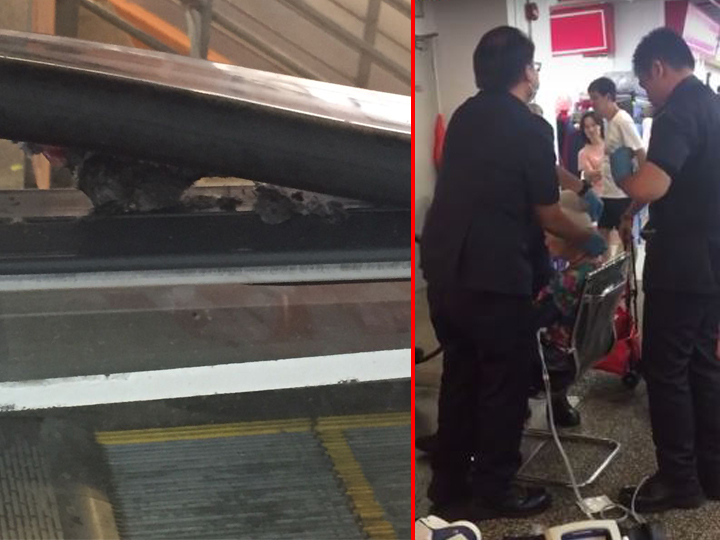 A 70-year-old ah ma was sent to hospital yesterday after suffering head injuries from a fall while riding an escalator at People’s Park Complex.

A store owner at People’s Park Complex for the past 25 years said the escalator was installed about 10 years ago and had broken down many times ever since.

He said that the escalator persists in breaking down despite repair works, and it wasn’t the first time someone had fallen using that escalator.

One of those who took a tumble in the past happened to be his mom, due to the “jerky” nature of the escalator.

The ah ma had almost reached the top of the up-riding escalator when she fell and hit the back of her head.

She was sent to Singapore General Hospital by paramedics in pain but still alert.