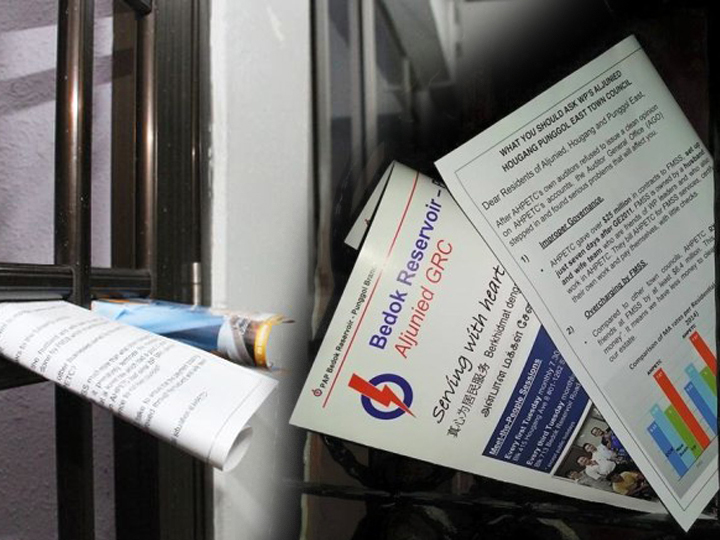 Victor Lye has dropped the bomb, that he was part of the group that went around distributing flyers to residents in Kovan, which is managed by AHPETC.

The PAP Branch Chairman of Bedok Reservoir-Punggol, who is widely expected to lead the PAP thrust in ALjunied GRC come the next General Elections, shared this on his Facebook page. 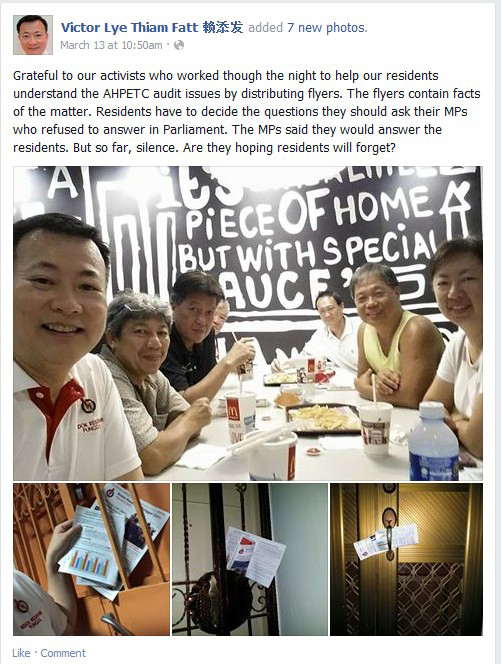 Over the weekend, Redwire spoke to 60 residents in Kovan, and the neighbouring Paya Lebar, and Serangoon housing estates.

We wanted to find out how residents there took to the flyers, which highlighted AHPETC’s exorbitant managing agent rates as compared to PAP town councils, and alleged that improper governance led to AHPETC overpaying its friends at FMSS by at least S$6.4 million.

We asked them what’s their reaction to the flyers – well-received, neutral, or against – and the reasons for their response.

Those polled were required to have seen the contents of the flyers.

About 65%, or 39 people, said they were against the distribution of such flyers.

Most called it a petty attempt to win support ahead of elections.

Mrs L Lai said, “I think if the PAP supporters want to score points here, they should show with their actions which benefit people. Then we’ll consider. Instead, if they want to give out such flyers that destroy people (the WP) then what does it show?

Mr Swandi said, “They should spend their time and money doing things to improve our lives instead of printing this kind of rubbish.”

Others lamented that they hardly heard from PAP activists, and the flyer issue came as a surprise to them.

Mr Chew S H said, “We never see or hear from these people, then suddenly there are actually people to give out flyers? How come they never come for house visit and drink kopi?”

About 20% of the respondents said they supported the flyer initiative.

Most said it was necessary to reach those who still weren’t aware that they were being “taken for a ride” by the WP.

Said Ms Han Y L, “The flyers present numbers and facts, so even if the WP wants to “siam” (dodge), they can’t. More households should receive such flyers so they can know better that their so-called leaders are not what they appear to be.”

Mr Lim C C said, “I’m actually very disappointed with the WP after hearing of the AHPETC report in the news. The flyers are a good reference. They (AHPETC management) need to get their act together otherwise I don’t know how much support they are going to lose over this whole matter”.

The remaining 15% said they were neutral, or reserved their opinion on this issue.

“So long as whoever comes in does their job properly, we, the residents, will be satisfied with them. All this kind of stunts are best left to people at the top, not for us to chup jit kah (interfere)”, said Mr Ong L H.