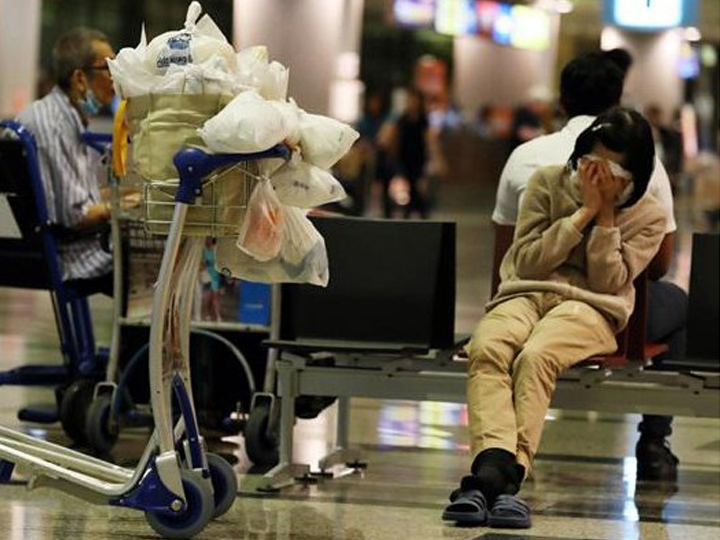 There’s over 10 Singaporeans who are known to be “regular customers” of Changi Airport.

Which means, they live there.

One of these “regulars” is this 50-year-old Airport Aunty, who doesn’t want her real name revealed.

She’s been staying at Changi Airport for the past 8 years now.

It’s not that Airport Aunty doesn’t have a home to got to – she rented out her 3-room flat in Tampines and moved into Changi Airport.

That move took place during the economic slump of 2008.

“At the time, I was stuck in a rut and had no other choice.”

Airport Aunty said that she at first she was afraid and intended to sleep there for a “short time only”, but time flew by and that short time soon became 8 years.

She said she relies on the rental income to survive.

“I first came to the airport empty-handed. After staying for some time, I also have more things now.”

Airport Aunty says she eventually wants to have a proper roof over her head again.

She intends to sell off her 3-room flat and move in to a 2-room flat.

A Changi Airport spokesman says that staff will approach those who stay overnight at the airport and check if they need any assistance, and at times might contact the Ministry of Social and Family Development.