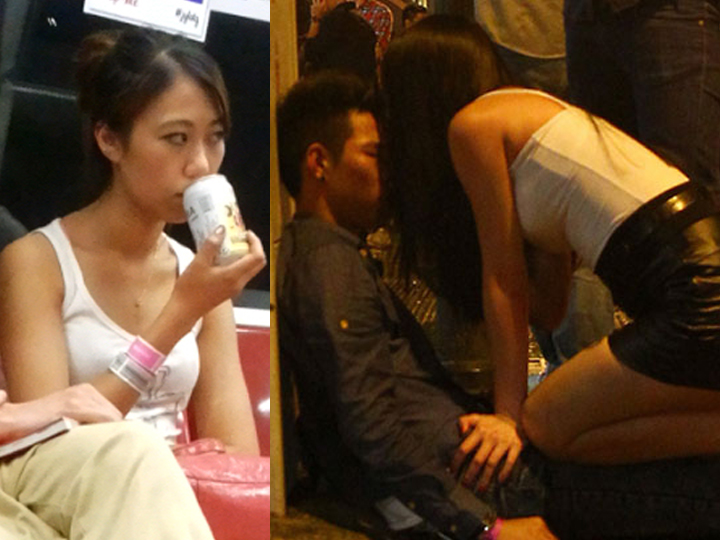 The proposed alcohol curbs don’t affect me; I’m usually in bed by 10.30pm. And I drink on licensed premises anyway. My days of drinking on the beach staring at the stars are long over. As for take-away alcohol, nothing prevents anyone from buying it earlier and stocking up at home as the Home Affairs ministry put it: “members of the public can continue to consume liquor at home during the restricted hours’’. Sheesh. You would have thought such a statement was un-necessary. Surely, no one thinks the State can start imposing on what we can do or cannot do in the confines of our home? Then again, foreign worker dorms have been designated as “public spaces’’…

Never mind all that.

My problem with the restrictions on boozing that are making its way in Parliament is simply this: Are they even necessary? So, they have come in the aftermath of the Little India riot because alcohol was a “contributory’’ factor. We had thought that too many liquor licences had been given out to retailers over there – so a cap on such licences looks reasonable. But we were then told that other areas, such as Chinatown, had even more such licences. Restricting the number of licences would have been good enough surely? Just make sure there is no such ready – and cheap – supply. Instead, the whole population have now been told that they can’t buy takeaway liquor after 10.30pm and can’t drink in public areas during “restricted hours’’.

The penalties for infringements: a fine of up to S$1,000 for a first-time offender, while jail of up to three months and a fine not exceeding S$2,000 can be imposed on repeat offenders.

The promise from the G is that it will be “flexible’’.  Just dispose of that beer can if you are caught with it in public; nothing will happen to you.  If there is one thing I do not like about some of our laws – it is the amount of discretion it gives to the executive arm to enforce…

So the G has come up with two ways to convince people that the legislation is okay.

It has the support of the people, or at least most of the 1,200 people it consulted. I sure hope they do not comprise mainly the residents of Little India and Geylang.
The proposed rules are less draconian than those in other countries, including the developed countries. (Except that most of the laws do not blanket a whole country. And I don’t know the historical circumstances which led to their rules in the first place.)

People have been asking for more convincing evidence that the legislation is needed. It is not a question of people wanting to drink till they are light-headed or stoned out of their minds, but that new laws that affect the public must be grounded in something more solid than a poll of 1,200 people.

So there is a law already in place dealing with drunkenness. Thing is, has it been enforced? How many people have we thrown into the brink to sleep it off? Deputy Superintendent (DSP) Ho See Ying, the Commanding Officer of Rochor Neighbourhood Centre, told the COI that there were 60 arrests made last year and 27 arrests in 2012. That is only for the area. Do you think the figure is too big or quite small? Surely, the Home Affairs ministry can give the full statistics island-wide? We have yet to hear the numbers. Have the cops used this scalpel? Why wield a sledgehammer when you already have a specific weapon dealing with drunken behaviour?

I can’t help but think that some people wanted things all neat and tidy. So bits and pieces of legislation scattered in the books relating to alcohol have all been grouped under this Liquor Control Bill. I sure hope the people’s representatives would do a better job of asking about the need for this Bill during the second reading.

I also happen to agree with NGOs on another part of the Bill which designates the foreign worker dorms as a “public space’’. That is, the liquor restrictions would apply. Surely, the dorm operators know how to come up with their own rules? Do we need the law to enter into such private spaces? Or are we saying that foreign workers have no right to privacy at all?

Then there is the other law covering foreign workers in their dormitories. MSM seemed to have focused on how they are intended to make the workers’ living conditions better with a Commissioner empowered to look after their needs. Yup. Wonderful. Great. But there is also this part which I read in TODAY: The Commissioner will also have the power to order operators to restrict the entry and exit of dorm residents if there is a serious health threat or risk, or if there is a risk that incidents outside and within Singapore — including civil unrest, hostilities, war, and elections — could generate ill-will or hostilities among or between residents.

My goodness! Isn’t this rather too broad and sweeping? If there is a hotly contested election in say, Bangladesh, the Bangladeshi workers will be confined to their dorms? Or if ethnic groups in China start fighting each other, we’re afraid that the Chinese workers will start an altercation with locals here? Bear in mind that the foreign workers do indeed come from countries which aren’t as politically stable and sedate as Singapore…I guess the response from the State will be that it will be “flexible’’ and not resort to such measures willy-nilly. That is, can we please place more trust in executive “discretion’’.

I read about the MPs going on about why the smaller dorms aren’t covered by the law which is only effective against those with 1,000 beds or more. I wish they didn’t put cart before horse. Shouldn’t the Bill itself be scrutinized properly before we even start asking for an extension? Or do we treat foreign workers as a different species altogether because we want to put Singaporeans first?

Again, I view both pieces of legislation as “convenient’’ for the State rather than necessary for the people. So what if Parliament has to be convened time and again for the G to ask for specific temporary powers to maintain law and order, such as the Public Order Bill? Too messy and time-consuming? But that’s democracy isn’t it?

The Government is there to protect the people but I think sometimes, we also need to ask if getting too much “protection’’ is a good thing for us, the people.
This commentary was written by Bertha Henson.
Send us your commentaries at mail@redwiretimes.com