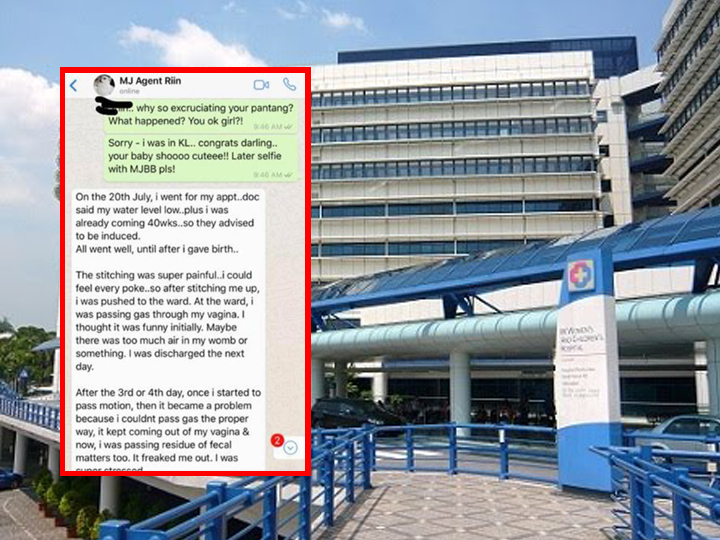 A woman has accused doctors at KK Women’s and Children’s Hospital of botching a childbirth surgery, leaving her in the traumatic and painful state of having to pass gas and fecal matter from her vagina, and possibly never being able to perform another vaginal birth in future.

Riin, said that she had gone to KK hospital for an induced childbirth in July.

She said that after the procedure, a problem with the stitching resulted in passing gas from her vagina while she was warded.

In subsequent days, she noticed that she was passing both gas and fecal matter from her vagina.

When the situation didn’t improve after a week, she went for treatment at KK hospital’s A&E department.

Riin said a senior gynaecologist who examined her told her that there was a “defect” in the stitching which resulted in a hole at the rectum wall.

Riin was later inspected by a colorectal specialist from Tan Tock Seng Hospital, who told her that she needed surgery to repair the “defect”.

Riin said that she noticed then that her vagina was “super loose”, as though she had “given birth to 10 children”.

She said that that was because KKH doctors didn’t stitch her vagina lips after the childbirth procedure.

Riin said her condition improved after the repair surgery.

However, she said that she was advised by the TTSH doctor against performing a vaginal birth in the future as a second repair surgery would be complicated.

She has accused KK Hospital of negligence, resulting her ordeal. 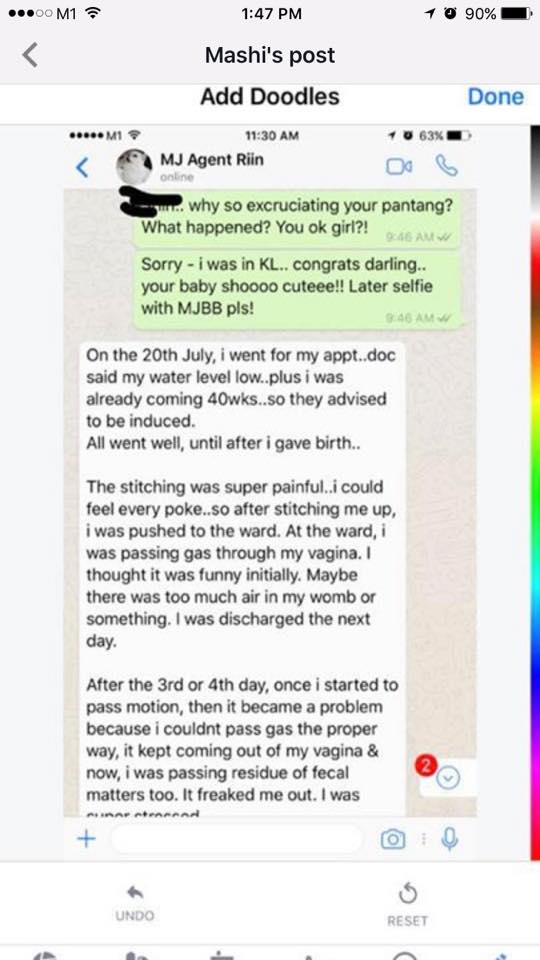 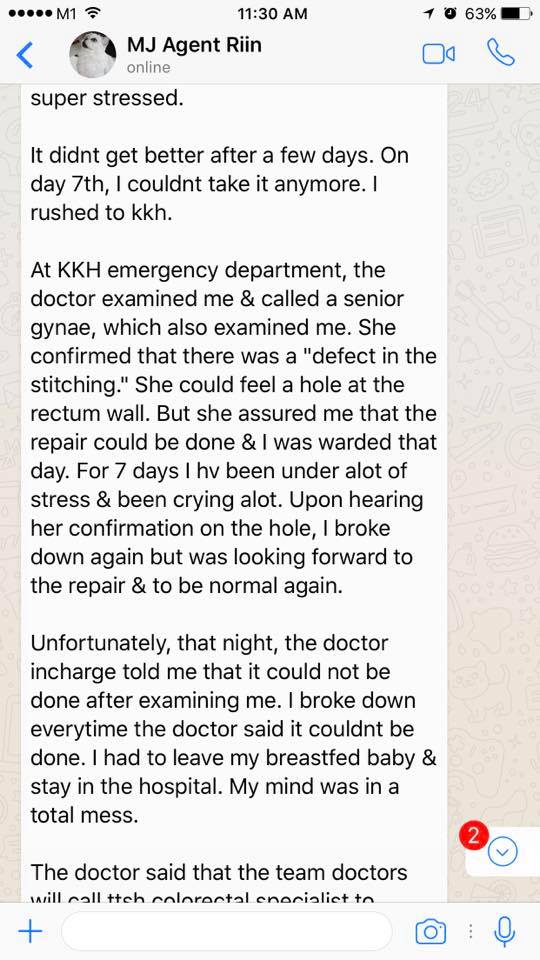 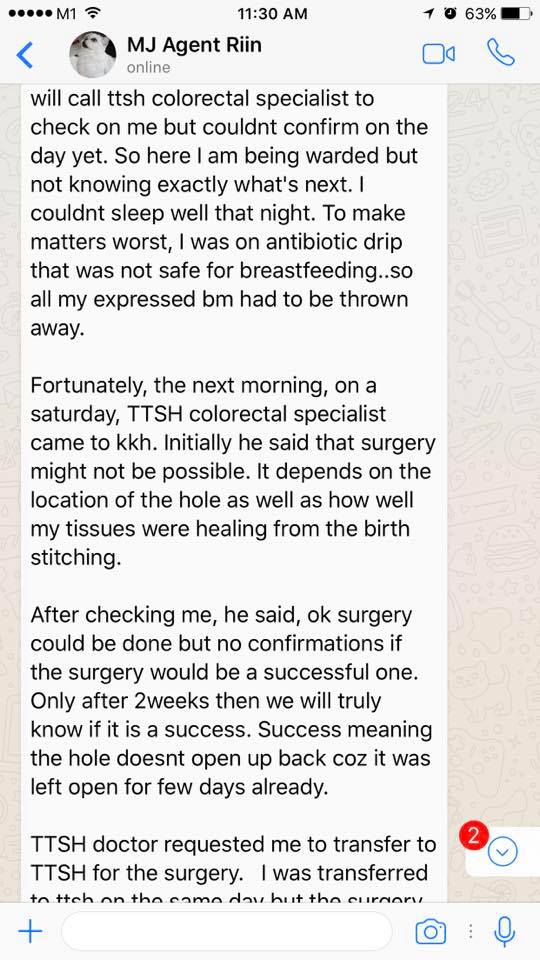 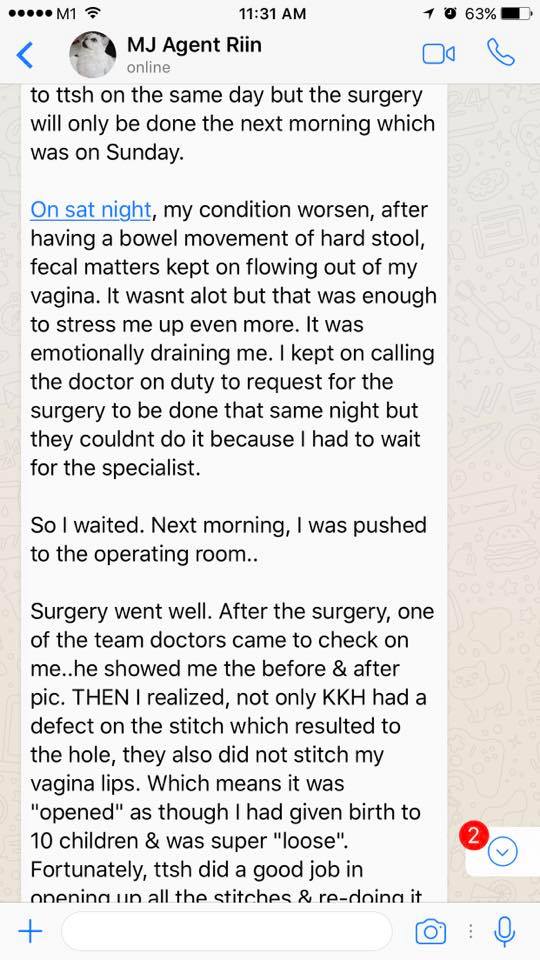