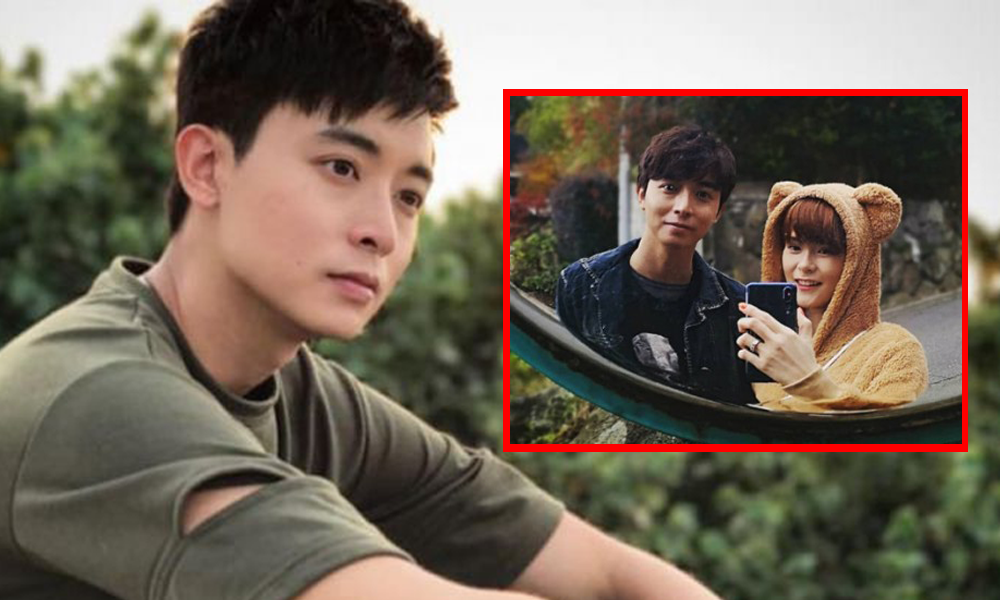 The 28-year-old Corporal First Class was pronounced dead at 8.45pm yesterday at the Waikato Hospital in Hamilton where he had been receiving treatment.

“Despite surgical attempts to repair damaged organs and putting him on artificial life support, CFC (NS) Pang succumbed to the injuries and passed away.”

Pang was taking part in a field exercise on Saturday (19 Jan), and was reportedly carrying out repair work inside a Singapore Self-Propelled Howitzer with 2 other SAF personnel when, according to MINDEF, the “gun barrel was lowered” injuring him in the chest and abdomen. 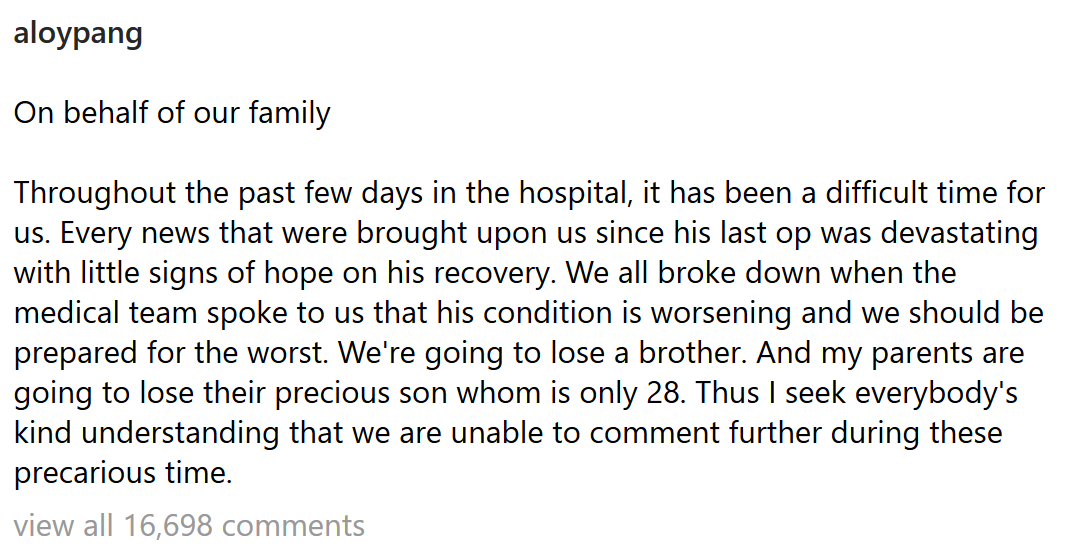 Pang had been dating 27-year-old actress Jayley Woo (jiaqiwoo), and she penned a heart-breaking note on Instagram just hours of his passing.

“I don’t have the fortune to be your wife in this life, we must wed in our next life… come often to me in dreams.” 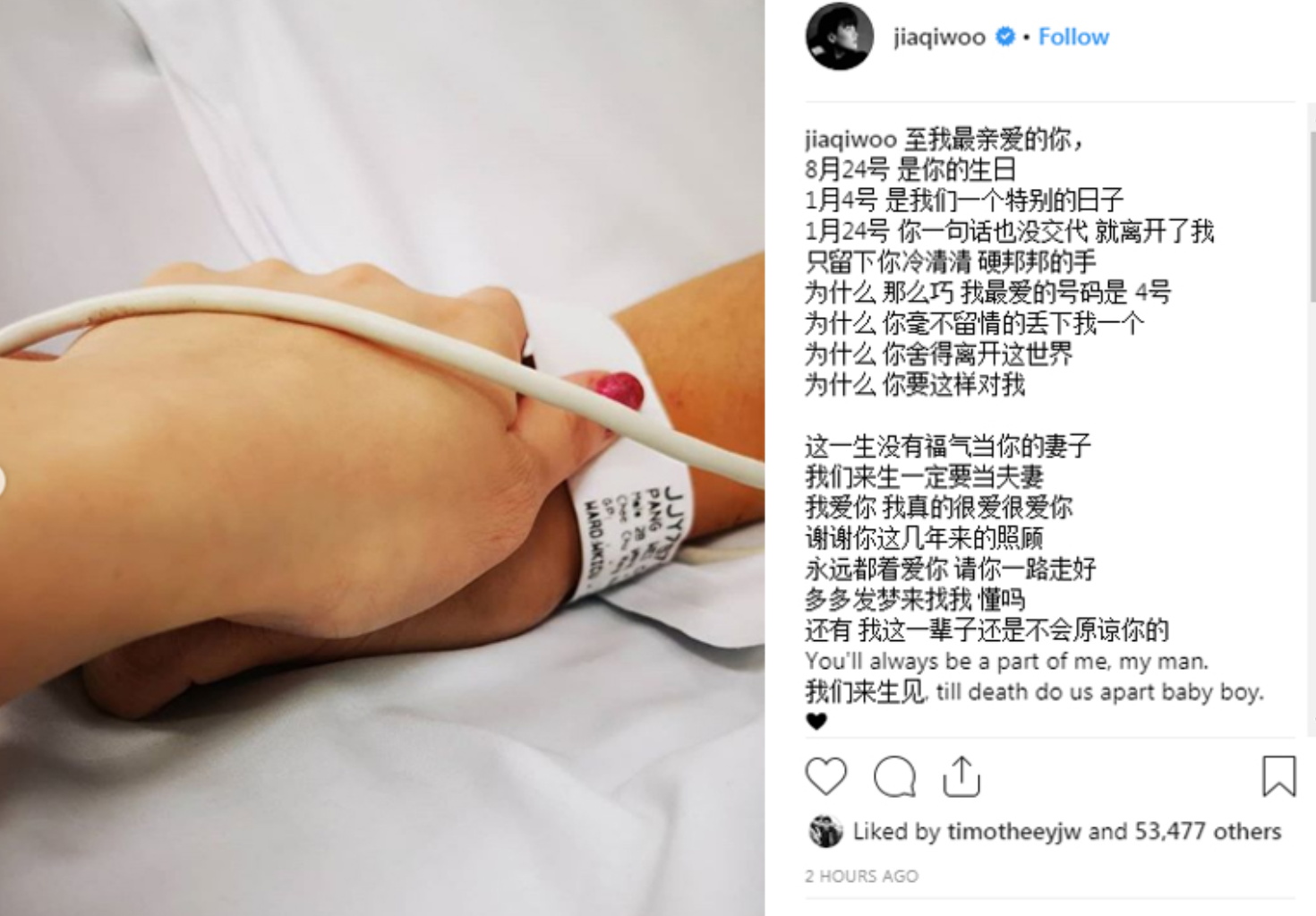 Woo added that she was waiting for their wedding plans to be finalised before making any official announcement. 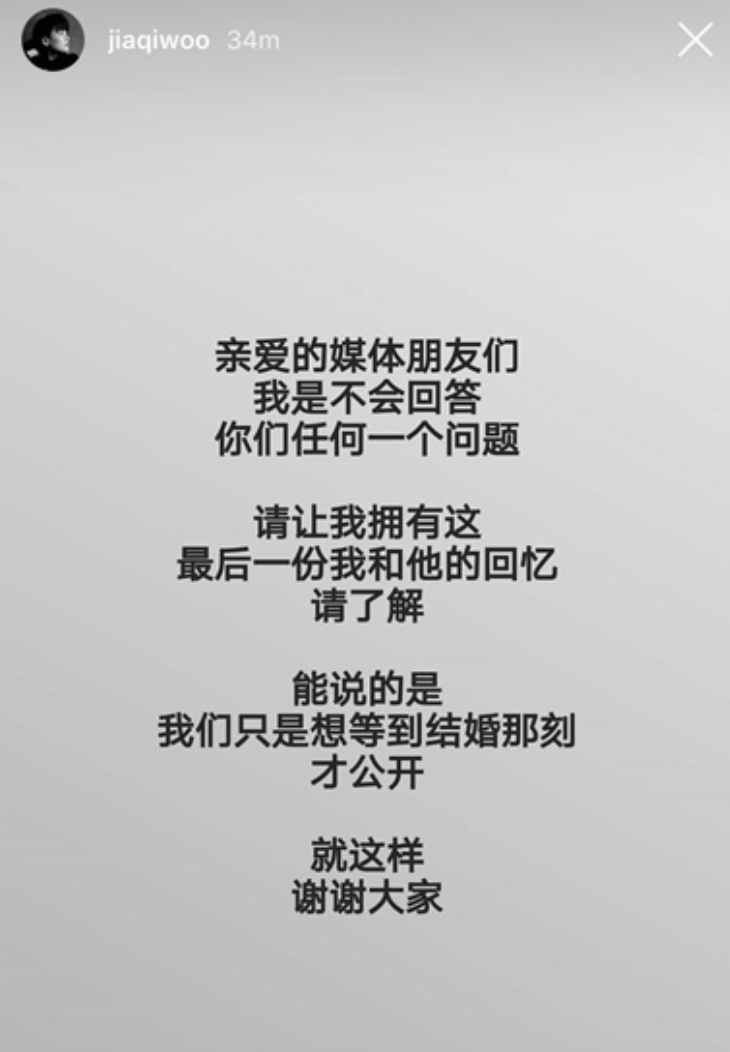 According to Woo’s sister, Hayley, Pang had been saving money in preparation for marriage, and had planned to propose by the time he turned 31.

The SAF is making arrangements to have his body brought back home.

An independent Committee of Inquiry will be convened to investigate the circumstances leading to the incident.