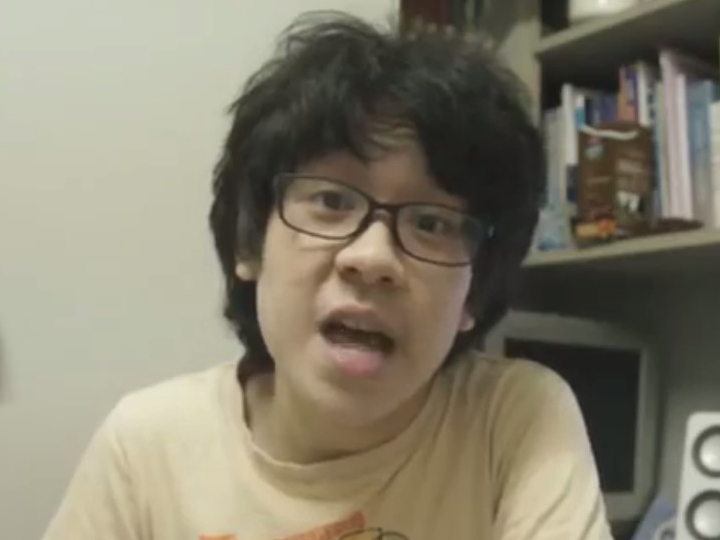 Amos Yee, the 17-year-old who shot a video of himself insulting the late Lee Kuan Yew and the Christian religion, has been arrested.

The 8-minute video which he uploaded on YouTube has since been removed.

It has been re-uploaded on the a TR Emeritus Facebook page.

Titled “Lee Kuan Yew Is Finally Dead!”, Yee compared the late Lee to Jesus Christ, by saying both figures “are both power-hungry and malicious but deceive others into thinking they are both compassionate and kind”.

He said that the late “Lee Kuan Yew is a horrible person because everyone is afraid that if they say something like that, they might get into trouble.”

He was making a reference to Christrians’ knowledge of their own religion and holy book.

Yee also said that “(Lee) was a dictator but managed to fool most of the world to think he was democratic… by granting (Singaporeans) the opportunity to vote to make it seem like we have freedom of choice”.

At the end of the whole tirade, Yee issued a challenge to Lee’s son, current Prime Minister Lee Hsien Loong, who is still mourning the death of his father.

“If Lee Hsien Loong wishes to sue me, I will oblige to dance with him.”

Some 20 police reports were made against Yee, who has reportedly acted in a Jack Neo movie.

One of those who filed a police report against Amos Yee is lawyer Chia Boon Teck. He said,

“This is not a mindless rant. It is a well-considered campaign backed by graphics and statistics to defame Mr Lee and our government. It cannot go unchallenged. He has to take responsibility for his social media posting that was calculated to provoke the public’s response.”

Another person who was furious with Yee was grassroots leader Jason Tan.

He was angry that Yee mocked Christianity, and had commented on Facebook that he wanted to cut off Yee’s penis and put it in his mouth.

Some netizens have defended Yee’s actions.

On TR Emeritus, some said that they felt Yee was being honest and making valid accusations. 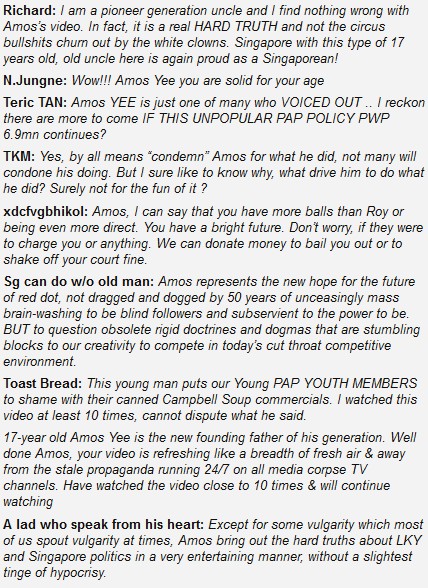