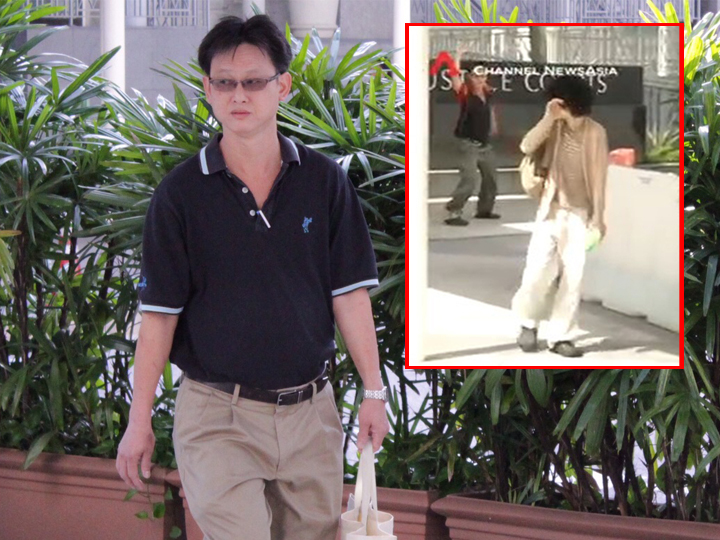 Neo struck Yee at the walkway in front of the State Courts on 30th April, at around 2.40pm.

The 49-year-old said Yee had been disrespectful and had insulted Singapore’s founding father Lee Kuan Yew.

He said that he only wanted to teach Yee a lesson as an elder, and did not want to hurt Yee.

Neo said in court that he had watched Amos Yee’s video, and decided that he wanted to give the 16-year-old a slap, after his first two court appearances.

He got more incensed when Yee appeared in court again, after flouting bail conditions.

Amos Yee is the teenager who’s been charged for sedition and publishing obscene imagery, after making a YouTube video insulting Lee Kuan Yew, and Christians.

He flouted bail twice, posting comments online and even asking for donations despite the court ordering him not to publish any material related to his case.

Neo has apologised, and said that the slap was a mistake.

He will be sentenced later this afternoon.

For voluntarily causing hurt, Neo can be punished with a jail term of not more than 2 years, or fined S$5,000, or both.