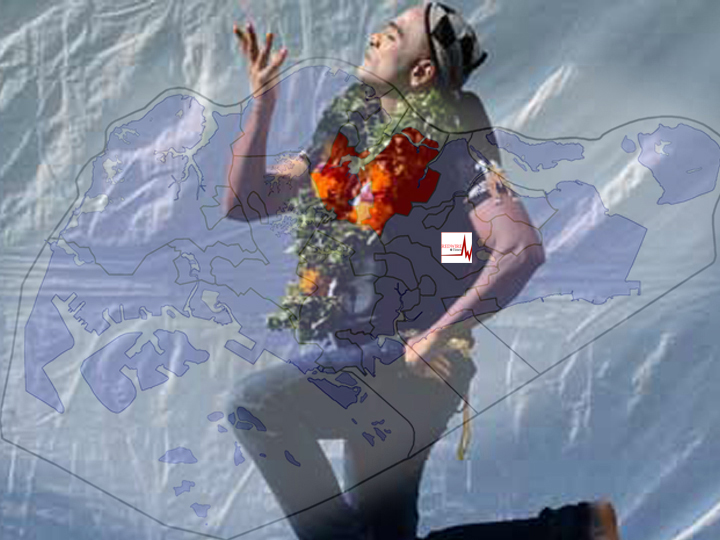 M Ravi tells us ” he has set aside S$1 million, saved over the years, for his campaign”. He wants to take on the PM in AMK GRC in the next GE, if the s/o JBJ’s motley crew of dead-beats doesn’t contest AMK.

— The 170 candidates who took part in the General Election 2011 spent some S$5.5 million on the polls: so Ravi is planning to spend 18% of that amount in just one GRC;

–. surely his relatives will vote for him? “He said he picked the six-MP constituency because 25 per cent of its residents are his relatives, saying he has Chinese and Indian roots. The GRC had about 179,000 voters in the last polls. – See more at: http://news.asiaone.com/news/singapore/opposition-veteran-lawyer-take-polls-position#sthash.ox58eIpv.dpuf  It seems Ravi has a low opinion of his many AMK relatives seeing that he plans to spend so much money. Surely, they’ll vote for “kaki lang”, “countryman” for free?

— performance at Hong Lim Green when he pranced around in his shorts (great phyique btw) calling WP lawyers, “cow dung”;

— suing the Law Society and his then doctor for millions of dollars (he withdrew his suits without them paying up: when asked he said, “I’m moving on”);

— rowing in a temple;

Yes, Yes, I know Ravi and Roy have now have publicly squabbled*** and this may help explain why he said he didn’t want Roy in his GRC team because he is “too impulsive”. At the time, I tot, “Isn’t New Citizen H3 worse?”, “Not OK to be impulsive, but OK to lie regularly like H3?” and “Pot calling the kettle black.”

*Highest was in Sembawang, Yishun. Looks like the PAP was concerned about Northern bit of S’pore in 2011, throwing money. The funny thing is that in both GRCs, the PAP faced really weak opponents. Shouldn’t the money be better deployed in Aljunied?

**He told the court that he hadn’t been taking his pills for his bi-polar condition.and blaming this inaction on his grief over mum’s death.

But in an email to the media today, Mr Ravi claimed that the blogger had “not been at all timely” in paying Drew and Napier even after the S$29,000 had been refunded to him. Mr Ravi claimed the money was refunded to Ngerng at the latter’s request, “in the presence of many other persons”. (CNA 6th February)

This story was first published on Thoughts of a Cynical Investor.
Send us your stories at mail@redwiretimes.com