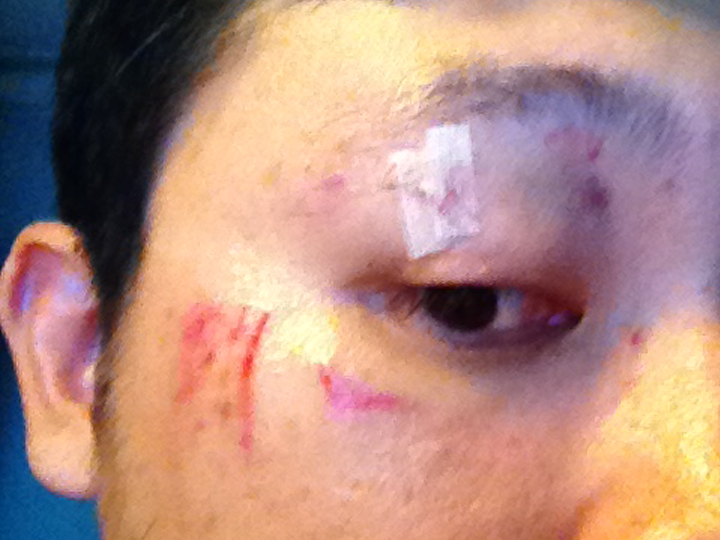 Following an argument with an ang moh over a parking lot, this 35-year-old man was punched, leaving him with a bloodied face and broken glasses.

Mr Yak said that at that moment, he had turned on his hazard lights.

He said he then drove forward, wound down his car window and confronted the driver of the other car – whom he describes as a “middle-aged Caucasian, about 35 years old”.

According to Mr Yak said that there were two children seated at the back of the other car.

He said an argument followed, and the driver punched him in the face, then walked back to his car.

“I came down from the car and tried to take down his car number. I stood in front of his car and he just stepped on the accelerator, trying to run me over while escaping.” said Mr Yak.

There was no video camera on his dashboard to record the incident.

This incident, first reported by The Online Citizen, is said to have taken place at around 6.10pm on Saturday (30 May).

Mr Yak was subsequently treated at Changi Hospital for his injuries.

He has made a police report and is appealing for eyewitness to come forward and give an account of the incident.