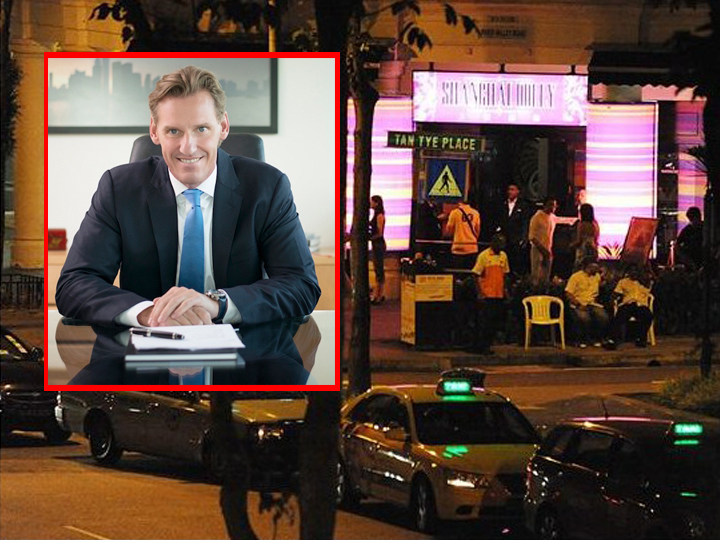 Drunken and unruly, this ang moh chief executive wasn’t about to take no for an answer from a cabby unwilling to give him a ride.

DB Schenker Logistics (Asia Pacific) CEO Jochen Thewes was inebriated after a night of drinking at Club Street at about 3.50am.

He tried to hail a taxi but it seems that none wanted to pick him up.

While parked at a taxi stand, he too rejected Thewes because he thought Thewes was drunk.

He gave the reason that he was headed to the east to change shift and couldn’t go where Thewes wanted him to go.

He walked over to the driver’s side of the taxi and kicked the door.

When Xu opened the door to check the damage, Thewes pushed him and slapped him on his left cheek.

He also hurled vulgarities at the cabby.

Xu suffered a bruised and bleeding nose from the blow, and sought treatment the next day at a private clinic.

Yesterday, Thewes was jailed for 2 weeks and fined S$1000 for the cabby-slap.

Prior to this, he had paid S$2950 in compensation to Xu and apologised to him in court, and forked out another S$250 for repair to the taxi.

Thewes is appealing his conviction for causing hurt.