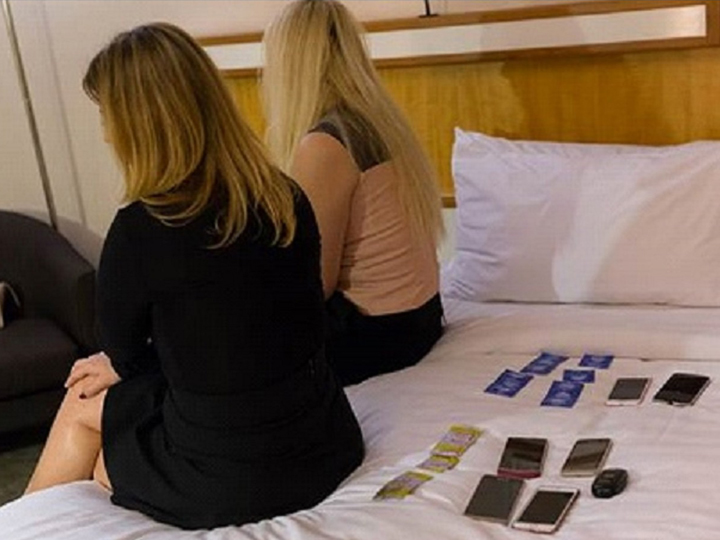 So far there’s been no word on whether the clients of the atas ang moh prostitutes who were arrested last week have been called up to assist in police investigations.

This, after 4 Caucasian women including an alleged pimp were arrested in raids last Thursday (4 May) on suspicion that they were part of an atas prostitution ring.

The pimp of the ring, Traskovskaya Evgenia has been charged in court and is now out on bail.

But so far, it seems that none of the clients have been called up in the police probe.

Charging at least S$500 per hour, which is substantially higher than the rate of other advertised prostitutes, the alleged ang moh hookers appear to be servicing atas clients.

These seized items could offer more clues into the identities of persons, most likely a small circle of prominent persons, who can afford and would be willing to splash the cash on the atas sex workers.

At the Bella Casita condominium in Tanjong Katong, a resident who volunteers as a security guard identified 2 of the women who were arrested and said they had been renting unit there for the past 2 years.

More of such residents would be able to identify their wealthy neighbours in Raffles Boulevard and Cairnhill who solicited the services of the ang moh prostitutes.

Police investigations show that the alleged vice ring had been operating from at least April last year.

So, will police summon the atas clients to help in cracking the syndicate?