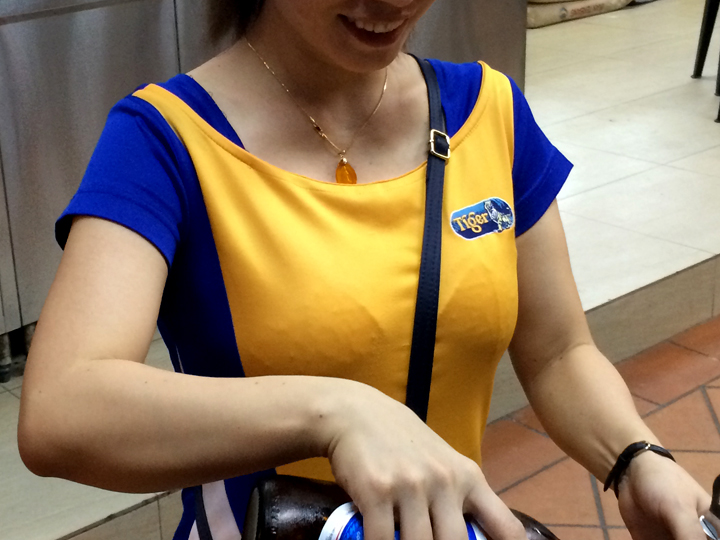 The New Zealander was on holiday in Singapore and drinking with his father-in-law when he reached out and grabbed the breast of a beer girl who was serving them beer.

“Suddenly, the accused gave the victim a ‘perverted smile’, reached his left hand towards the victim’s right breast and forcefully grabbed it. The victim felt pain from the grab and she immediately pushed the accused’s hand away.”

The beer girl then shouted at Shearer, but in return he gave her 50 cents as “tips”, which she rejected.

All this, remember ah, was done in the presence of his father-in-law!

The incident took place on 24 Jul at a Jurong West kopitiam at about 10pm.

Upset and insulted, the beer promoter complained to other kopitiam old hats and they advised her to inform her husband.

She called him and he in turn called the police, which led to Shearer’s arrest.

Shearer was today jailed for 6 months for outraging the beer girl’s modesty.