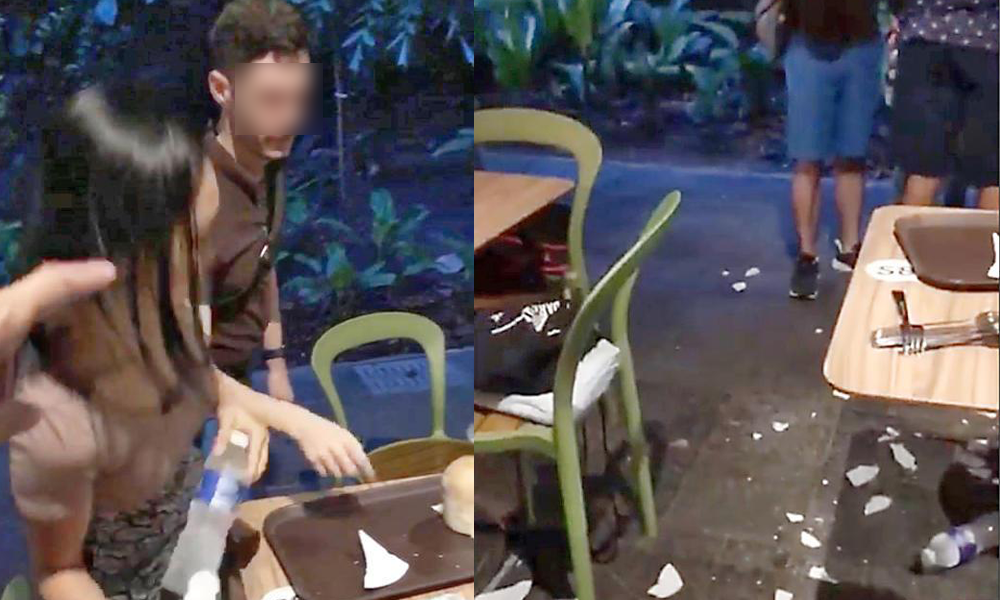 An angry ang moh threw plates at a café customer in a dispute over “choped” seats.

The incident took place at a café at the Botanic Gardens on Sunday (3 Mar).

A café staff said that the a family of about 5 or 6 people, including 2 children, were seated at a table when the ang moh approached them with his female companion in tow.

“The ang moh went over to the table and insisted that 2 of the seats belonged to him. The customer spoke to him and said that the seats were taken. After awhile, they started quarrelling.”

The staff said that the ang moh then picked up 3 plates and threw them at the customer.

The customer was slightly injured, but all the plates were shattered.

According to the customer who was hit by the flying dishes, the ang moh said that he had already “choped” the seats, and that the family was trying to take advantage of him because he was a foreigner.

The ang moh’s female companion managed to persuade him to let the matter rest, and they left the café before police arrived.

Police say that investigations into the incident are ongoing.