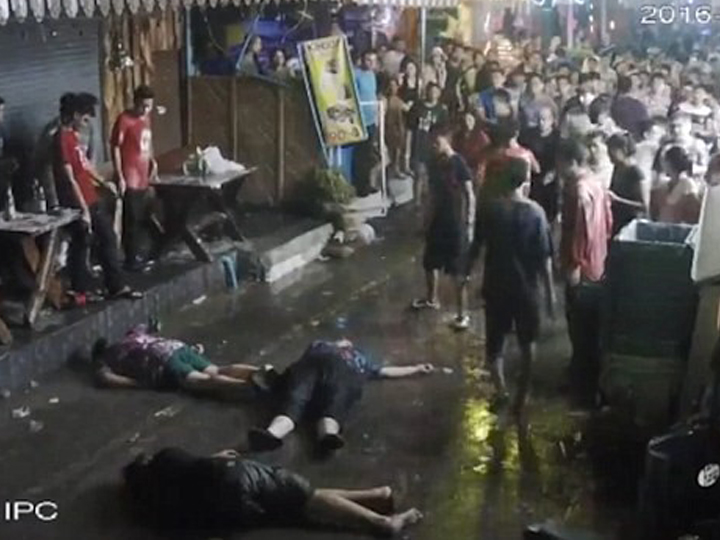 There’s two things it seems you must never mess with when it comes to men – their wives and their beer.

Brit ang moh Lewis Owen was savagely set upon by a group of Thais while holidaying in Hua Hin.

The Thai man who started the clash told police that Owen had knocked into him and caused him to spill his beer.

Owen had joined his parents in Hua Hin to celebrate his mother’s birthday on 13 April.

CCTV footage of the incident showed Owen and his attacker rubbing shoulders in a crowded alley.

An argument sparked, and that’s when a group of men attacked Owen and his parents.

All three were beaten unconscious, with the attackers viciously kicking Owen in the head several times even as he lay on the ground.

Owen and his family were subsequently sent to hospital, while police arrested the attackers.

Owen received 16 stitches on his head in three areas while his father suffered two black eyes and received six stitches to the forehead.

His mother, who’s already 65-years-old and a grandma, suffered severe bruising on her face after getting socked in the jaw. 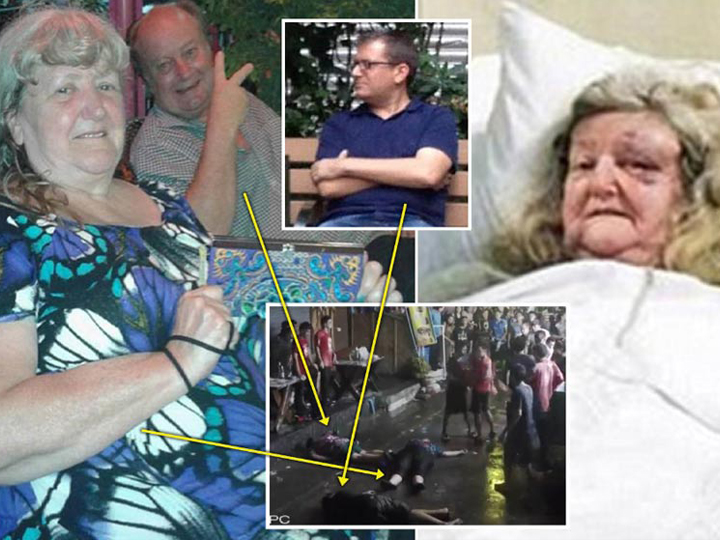 Owen is working in Singapore as a graphic designer.

He has since returned to Singapore, and maintains that he wasn’t drunk at the time of the clash.

Thai tourism authorities have apologised to the family for the hurt they suffered.