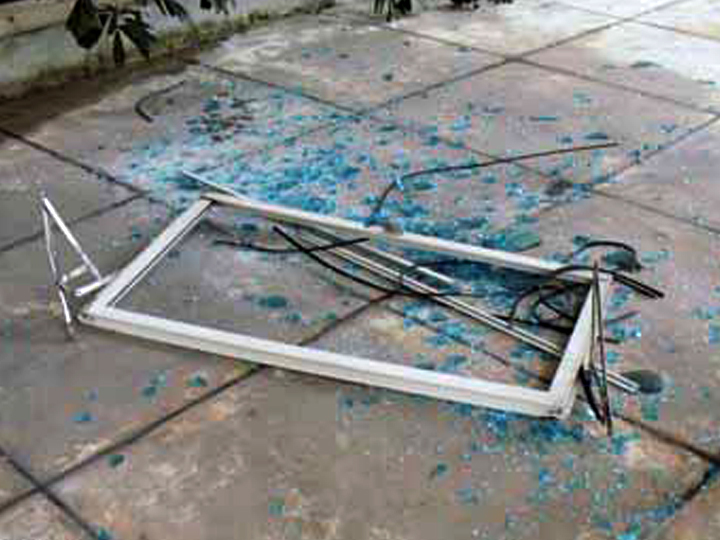 The reason for most cases? Corrosion of aluminium rivets installed by the HDB in flats.

Owners have been ordered since 2004 to replace these rivets with steel ones, but apparently some have still dallied in replacing them.

Those who fail to do so can be fined up to S$5,000 and/or sentenced to up to six months in jail.

288 people have been fined for fallen windows in the past 9 years.

Authorities say, “All cases of falling windows could have been avoided if windows were maintained regularly through the simple “Check, Clean, Change” regime.”

Meanwhile, homeowners say it’s unfair that they have to pay contractors to change the rivets for their window casings.

Many condemn the HDB, saying that it should bear the cost for this design flaw.

Especially, since certain flats were found to have such defective rivets after they were upgraded.

“We buy our HDB flats as-is. If we spoil anything like pipes or tiles, then we fix it. But these window rivets were installed by the HDB when we bought them. If its sub-standard, then the HDB should be the ones to change it for us. How can they ask people to pay for their mistakes?”

With the recent cases of broken pipes spewing sewage at new BTO flats and floor tile problems, some homeowners are worried that they might be made to bear the costs for more design flaws.

“This rivet issue has been going on for years. When I read about it, I was worried that when I got my BTO flat. I mean, if the HDB contractors install defective door rivets and my door collapses, then I’ve to pay for it to be changed too? Or if the piping material isn’t up to standard and spoils, I’ve to pay when it’s not my fault? I hope this is not the way things progress.”

Some have blamed homeowners for refusing to just bear the costs for safety’s sake.

“This issue came up more than 10 years ago. If by now, people are unwilling to pay a couple of hundred dollars to fix the matter, than if someone dies they better take responsibility. Whether it’s the HDB’s fault or not, they have been given enough time to do the necessary.”

Changing of the window casing rivets could costs owners around S$300.

But apparently, it’s the principle that counts, besides the cost.