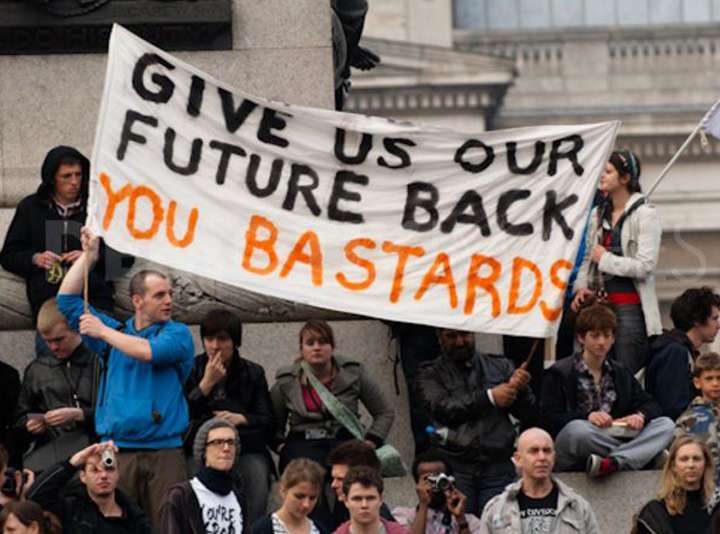 Or at least bring back Fiona Xie, dammit.

TSB: Antiestablishmentarianism is a political philosophy that views a nation’s or society’s power structure as corrupt, repressive, exploitive or unjust. It adheres to the doctrine of opposition to the social and political establishment. The most recent well-known example would be the Arab Spring uprising that saw the governments of Tunisia, Egypt, Libya and to a large extent Syria being toppled under the tide of mass protests.

But antiestablishmentarianism is not just protest per se. As the definition implies, it is a philosophy that entails certain pre-requisites. Most importantly, the majority of the people must believe that the incumbent government and elites are so corrupt and entrenched in their power that any legalised means to remove them would be futile. So the only recourse that they have is to demonstrate, often violently and in some cases like in Syria, war.

The reason is simply because the protests do not meet the most important criteria and that is; the majority of people must believe that the government and the elites are corrupt and repressive. And this is where movements such as the `Return Our CPF” protest has failed and is now being seen as mere irritant and the organisers seen as providing comic relief to an otherwise stoic society.

The `Return Our CPF’ movement started off when the government decided to increase the minimum sum. Seeing that this did not gain any traction with the general population who although unhappy with the increase, due to the lack of a better alternatively see it as a necessary evil, decided to up the ante and started to question government’s transparency. Still unable to get any popular support, they began to indulge in anti-government tirade with popular slogans that only serve to feed on Singaporeans’ love for anti-government bashings. Singaporeans just love their anti-government slogans. Whether they believe them is another thing.

Despite all these efforts, the `Return Our CPF’ movement received very little coverage and Singaporeans generally were unaware or were indifferent to the movement, save for 200 or so supporters, who regularly attended the monthly Hong Lim Park protests. Then they decided to do the unthinkable and that was to disrupt a YMCA’s event at Hong Lim Park knowing that this would give them the media coverage that they had been yearning for. It was a way to raise their flagging profile.  We all knew what happened next. The `Return Our CPF’ organisers overnight indeed became a media sensation but for the wrong reason. They were vilified, ridiculed and became the society’s pariahs.

But they didn’t stop there. Now that they are being charged in court for a blatant offence, they are brandishing the `freedom’ card saying that the government is stifling freedom of speech and expression and whatnot.

The movement will fail and continue to fail because as we mentioned, they do not meet the most important criteria. It is hard to accuse the government of being corrupt and repressive when the government’s track record has been impressive and the envy of many nations. And fortunately, the general population can see through this charade. The majority know that no government is perfect. But for someone to harp on the imperfections ignoring the good achievements is akin to being petty and whiny.

Antiestablismentarianism is the longest word in the English dictionary. It is so for a reason. Pettiness is certainly not one of its components.