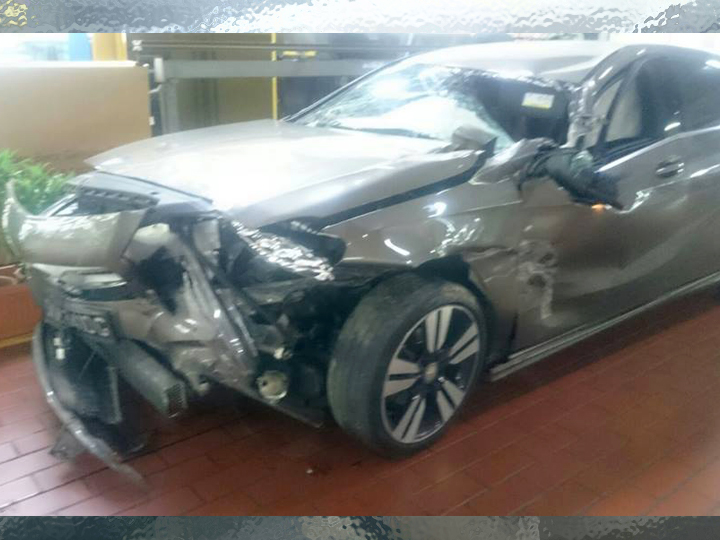 ZHI KAI: Appealing for witness for a hit and run case.

On 27th February, my parents car was hit at ECP towards city near exit 14 (KPE/TPE exit) from the left side by a large lorry, their car is damaged beyond repair and my dad, who at the time was the passenger suffered a broken rib and cuts to the face and body. My mother had suffered neck injuries and cuts as well.

They did not get to see the lorry plate as the lorry sped off.

There wasn’t anyone that stopped to render assistance so they had to call the police on their own. They can only describe that the lorry seemed to be those from Malaysia (the large wooden ones) but I do not want to assume anything at this point.

Right now police are saying they cannot retrieve footage from the CCTV as it is a civilian camera(???). So here I am appealing for anyone who knows someone that may have seen it (I know its a long shot), as authorities seem to be unable/unwilling to help.

We did have a car camera, but the impact knocked the power connection loose (fuse box is on passenger side), at the time I bought the camera, they hadn’t had the type where there’s a capacitor installed in the event of a power failure (new ones have, so please install those if you can), footage of the crash was not recorded because of this.

Just want to say the automakers did a good job on their safety as well, could have been a much worse situation.
Eyewitnesses can contact Zhi Kai here.
Send us your letters at mail@redwiretimes.com
Find us on Facebook! https://www.facebook.com/redwire.singapore