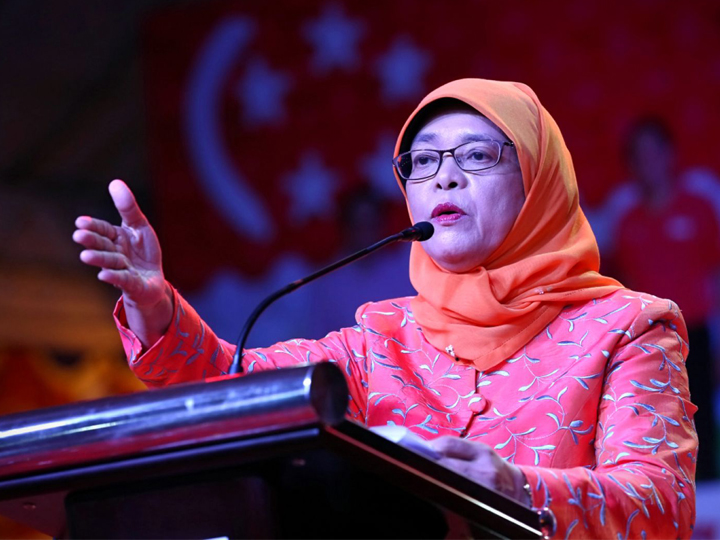 ELSON: Halimah Yacob has resigned as Speaker of Parliament and MP for Marsiling-Yew Tee so she can run for president next month.

With that, 3 MPs remain in the GRC Ex-Mdm Speaker has left behind: Lawrence Wong, Alex Yam and Ong Teng Koon.

They’re all Chinese, in case their names aren’t obvious enough for you to figure that out.

What Marsiling-Tew Tee residents will get as replacement for Mdm Halimah is a “ grassroots advisor”.

“This is not new. If there is a person in the GRC who has stepped down, or who is ill, or something prevents him from doing his work, then the others cover. We’ve done it before in other GRCs and we’ll do it here in Marsiling-Yew Tee GRC.”

National Development Minister Lawrence Wong has clearly missed the point, which is the whole purpose of the GRC system.

The GRC system was first raised by then-PM Lee Kuan Yew in 1982, and implemented for the first time in General Election 1988.

The whole purpose was to ensure that minority races in Singapore would be represented in parliament and there would be a racially-balanced selection of MPs.

That was why every GRC team had to have at least one member from the minority-race community.

There is no requirement under the law to call a by-election if an MP resigns.

Mdm Halimah said she will ask Prime Minister Lee Hsien Loong to “ensure that there are proper replacements” for her various posts.

She said she will ask him to assign another grassroots adviser to her constituency.

A “grassroots advisor”, even if he or she is Malay, Indian, or Eurasian, is not going to represent Marsiling-Yew Tee residents in parliament and cannot vote on Bills with their concerns in mind.

As such, that “advisor” will never be a “proper replacement”.

If ex-Mdm Speaker cannot grasp that this simple state of politics and believe that all is right and well, then it makes you wonder what kind of a president she will be.