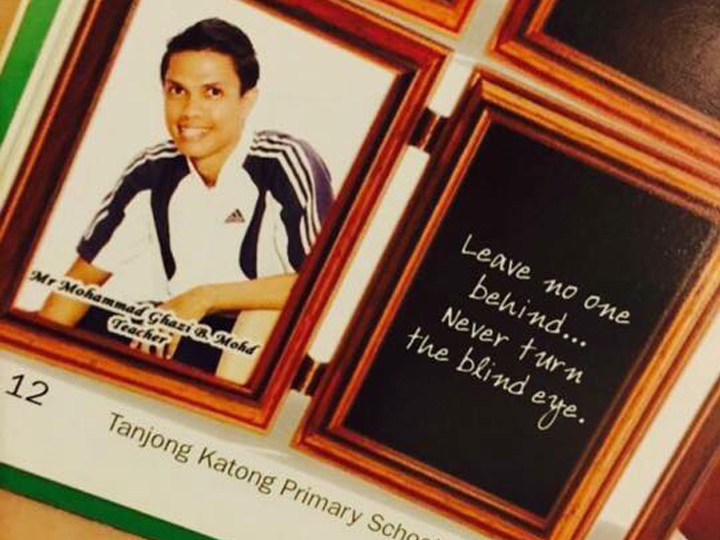 (READ: Young Lives Wastefully Lost to Careless Leadership: The Mount Kinabalu Tragedy that Could Have been Avoided)

Firstly, was the case of the missing students and teachers a result of negligence, poor planning, or a result of having an activity that is apparently unsuitable for upper primary students? No. It was due to a natural disaster. So why are you blaming the school?

Next, could there have been contingencies? You’re talking about an earthquake that occurred in a place that is nowhere near an earthquake zone. Up till Friday, the probability of an earthquake happening in Kinabalu is probably the same as an asteroid hitting Singapore and geologist are still pretty baffled by how it happened (the magma rising theory hasn’t been verified, and I have my doubts as usually such activity does not trigger such a serious earthquake). If I were to use these people’s flawed logic, that means if I were teaching in a classroom and the classroom got hit by an asteroid, I should be blamed for not having contingencies for my classroom being hit by an asteroid. Heck, might as well have contingencies for a 10 storey-high flood or a volcano popping out in the middle of my school since it has similar probability of happening in SG too, right?

Lastly, Mt Kinabalu has been deemed suitable for upper primary students, by agents and Mt Kinabalu website advised that the children should be at least 10 years old (http://www.mountkinabalu.com). People of my size and fitness who did not train for it also made it up with nothing more than a trekking pole, what’s more students who have been very well prepared by so much training. Parents have the option too to not allow their child to go if they are not comfortable with it.

The school has run this programme for a number of years. So if you had issue with them bringing 12 year-olds up, then question that earlier, instead of putting blame on them for something that they can’t prepare for happened. You would have a lot more credibility than this.

Teachers who bring students overseas have a lot to risk, for we are more than their parents there – the kids’ life matters more than ours. I’ve brought students on two overseas trip and each time, we could never really rest and stop worrying until we return the students back to their parent’s hands. Whenever a student fall sick, we were even more worried than anyone. I never knew I could be that worried for someone until last year in Yogyakarta, a student of mine had stomach flu and was in such intense pain that we had to bring him to A&E. I could only be a little less worried when he dozed off after being given the medication and snored. That was the most assuring snore I’ve ever heard in my life. Even when I bring my boys for 1-star and 2-star kayaking course, I still worry every single moment that a freak accident might happen. Despite having risk-management and planning done, we still fear and worry the impossible. So before you claim that teachers are doing it for fame or for their portfolio or to raise the profile of the school, maybe you have encountered some black sheep, but please do not assume that it is the same for many of us and smear us with the same brush. Having so many days of being constantly worried and clearing so much admin work to get the trip to take place is not worth any supposed boost to us. But why do we still do it? The students’ learning – it is often life-changing for them.

My good friend’s husband is a dedicated teacher who have changed many lives (Go to twitter, do a search for “Mr Ghazi”, or https://instagram.com/explore/tags/prayfortkpsclimbers/ and see what his current and ex-students said about him). Please do not step on his and his colleague’s good work and dedication, as well as the sacrifices they made to change lives, while you sit comfortably behind your keyboard because of your ignorance. It hurts the loved ones of the missing students and teachers because it makes them blame themselves for something that is not even within their locus of control.

May they come back safe. And may the rest of us have the the courage to continue to do what matters to the kids.

Updates: Some have claimed based on this link (http://earthquaketrack.com/p/malaysia/sabah/recent) that Sabah is indeed in an earthquake prone area. I disagree based on the following –

2) Most of the earthquakes are at the east coast of Borneo, which is not surprising because it is a lot closer to the tectonic plate boundaries,the traditional hotspots for earthquakes. However, KK is a lot further from these places – how can we use these as justification that KK is earthquake prone?

3) Finally, if you don’t trust my amateur analysis as a geog major, then do a quick check around different academic papers by various geologists- Borneo is hardly placed as an area that is at risk of tectonic hazards base on data from the past century.

Thank you Luo Yanjie for this commentary.
Send us your commentaries at mail@redwiretimes.com