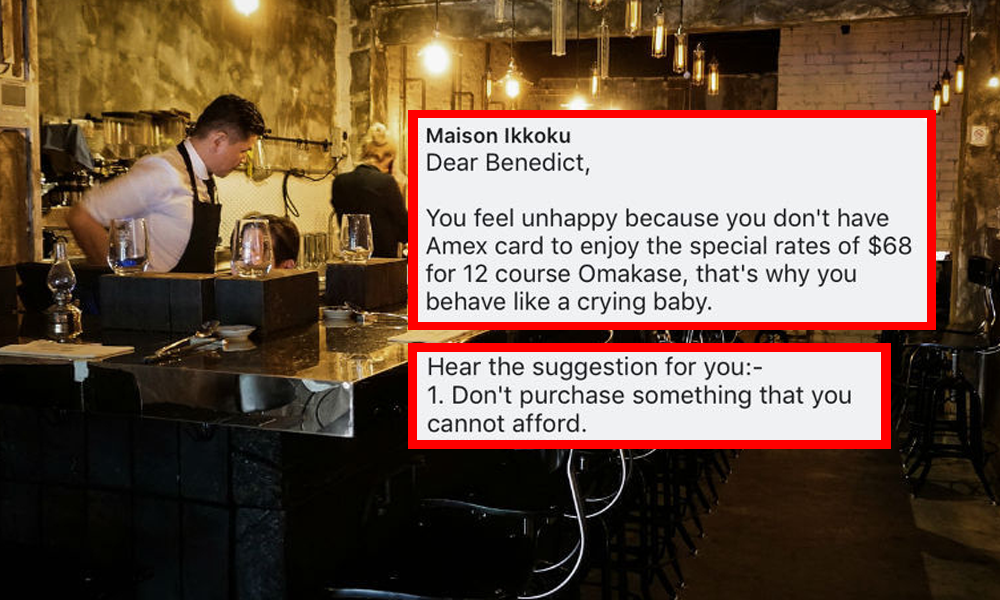 You’ve been warned – Fort by Maison Ikkoku is not cheap.

And, the atas restaurant’s S$98++ 12-course Japanese omakase meal and its customer service might not be to everyone’s taste.

Such as people like “Benedict”, who gave the restaurant a one-star rating on its Facebook page, and got called a “crybaby” and told not to eat there if he can’t afford it.
‘
This review, given on 12 March this year, has apparently been removed.

Essentially, “Benedict” said that some of the dishes served were bad, service standards were sub-par, and he paid S$98++ instead of S$68 as he did not have an Amex card 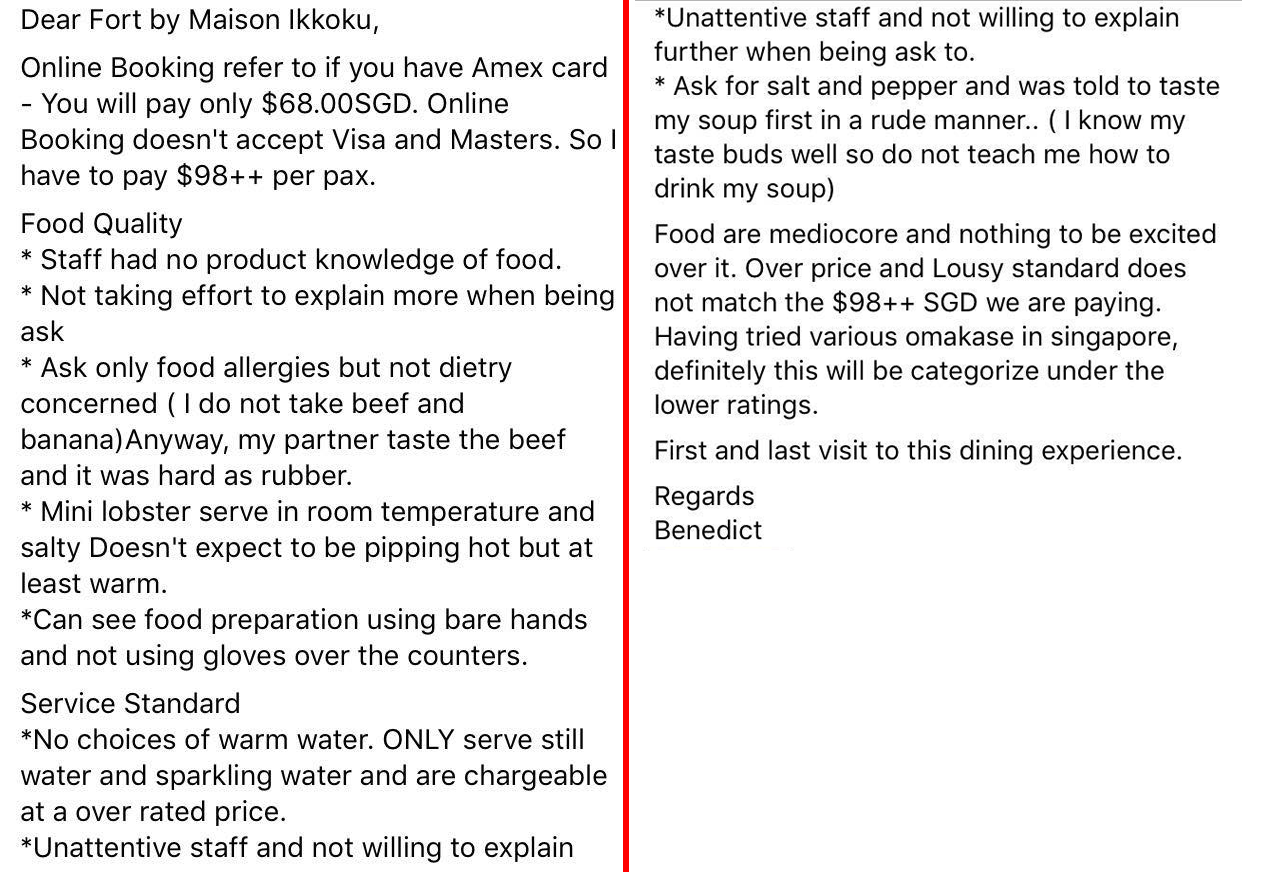 Maison Ikkoku then replied “Benedict” with the equivalent of “if you can’t stand the heat get out of the damn kitchen lah”. 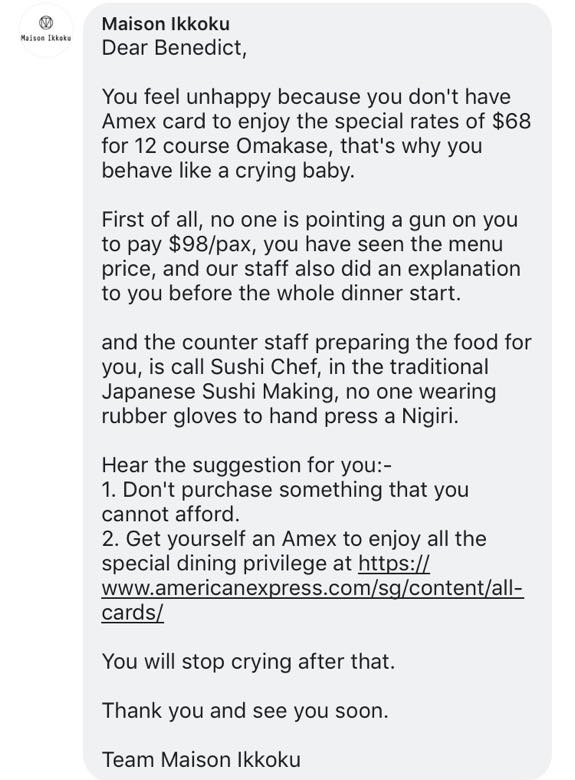 “Benedict” then summoned his best not-the-Terminator stance and responded that he won’t be back.

Only to get a quick retort from Maison Ikkoku, saying “We don’t want you in our restaurant, please don’t come back”.

Apparently, Maison Ikkoku doesn’t whip all its eggs and has shown the capacity to treat its customers nicely – the ones who leave raving reviews. 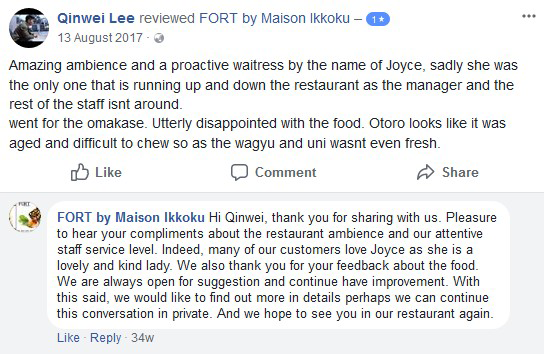 Don’t know about you but none of us are going there anytime soon – we still prefer our kopitiam roast duck and S$7 beer (yeah, S$7 now thanks to #$%^ gahmen tax increase!)