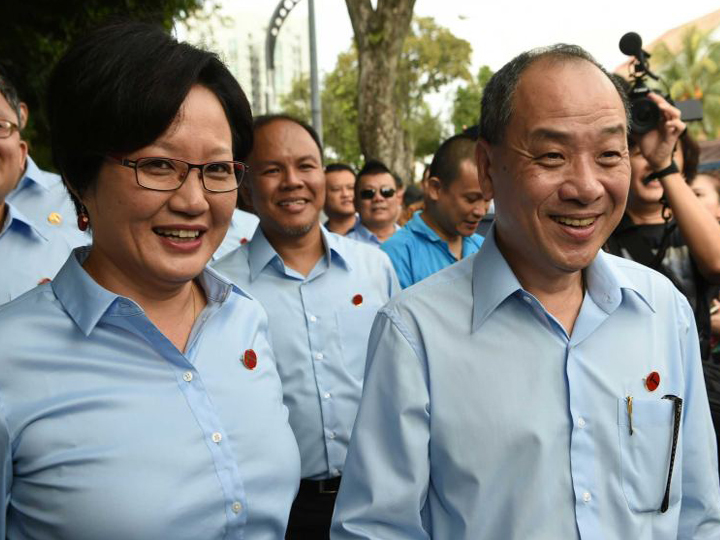 RONALD LEE: Nothing significant will happen to Low Thia Khiang and Sylvia Lim despite the motion passed in parliament for them to be recused of handling finance-related matters in AHTC.

That’s because a motion is essentially an “idea”, and MPs vote on whether they agree with that idea – apparently they do, 52-9.

The motion has no impact on role of Low and Lim in the daily running of AHTC – as WP secretary-general Pritam Singh mentioned, their role has to be decided by the town council.

So what’s with the sudden motion brought on by Minister Heng, even before the appeal has started?

It smacks of a move to further attack and humiliate the WP on a national scale, at a time when the buzz over AHTC has somewhat died down.

Destructive politics at its most refined.

For a day or two at least, there’s distraction from other hot-button issues such as anger over the government’s open-door immigration policy, citizens’ use of their CPF savings, and the like.

And even the Keppel and Ang Mo Kio Town Council sagas, which have received much less air-time in parliament from a government that declares that it takes “probity in public office very, very seriously”.

What is more worrying for Low, Lim (and even Pritam) is whether they can afford to pay damages decided by the court at the conclusion of the whole civil suit.

Because if they can’t and are declared bankrupt, they can’t run for office come the next General Election.

But seeing the million-dollar public donations that poured in in such a short time for them to fund their AHTC legal fees, it’s probably the PAP that should be worried.