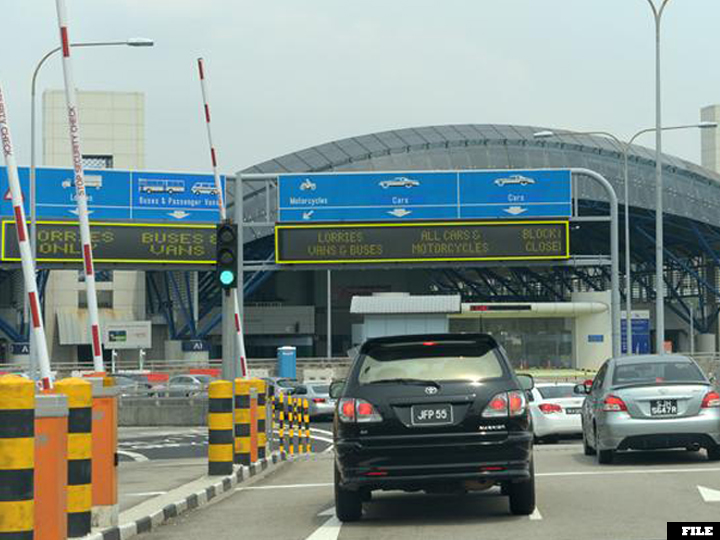 4 cars were headed to Singapore via the Second Link Bridge at Tuas Checkpoint near midnight when they came to a stop.

As auxiliary police officers moved in to conduct checks on the them, 2 of the cars suddenly make a u-turn and scooted back to Malaysia.

Officers ordered the remaining 2 cars to drive further on and stop at Tuas Checkpoint for security checks.

That’s when all hell broke loose.

The 2 cars drove on for a bit, then one of them suddenly reversed in a “dangerous manner” and against the flow of traffic, said the ICA.

The car almost hit the the 2 customs officers with that move, as it made a run for Malaysia.

That’s when one of the auxiliary officers whipped out his gun and fired off 2 rounds at the car.

He couldn’t prevent it from escaping.

Officers did manage to detain the driver of the remaining vehicle at Tuas Checkpoint.

The ICA says that the 4 vehicles are believed to be involved in cigarette smuggling operations.

Police are investigating the incident, which happened on Tuesday night at about 11.45pm.

Traffic at the Tuas Checkpoint was light at the time, and there were no injuries to the officers or any others.