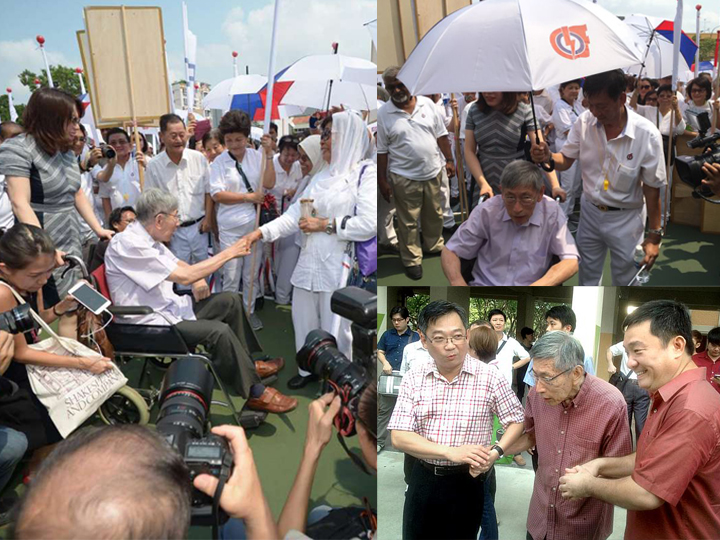 Lina Chiam appears to be more comfortable that she and her husband, the revered SPP founder Mr Chiam See Tong, appear in pictures with members of the ruling PAP than the SDP.

Despite appearing in numerous photos with PAP cadres such as Health Minister Mr Gan Kim Yong, and the man who was to defeat her in Potong Pasir, Mr Sitoh Yi Pin, Mrs Chiam has never decried images used in the media but appears to welcome them instead.

At the same time, she appears comfortable lending fodder to rumours that the SDP is spreading lies. 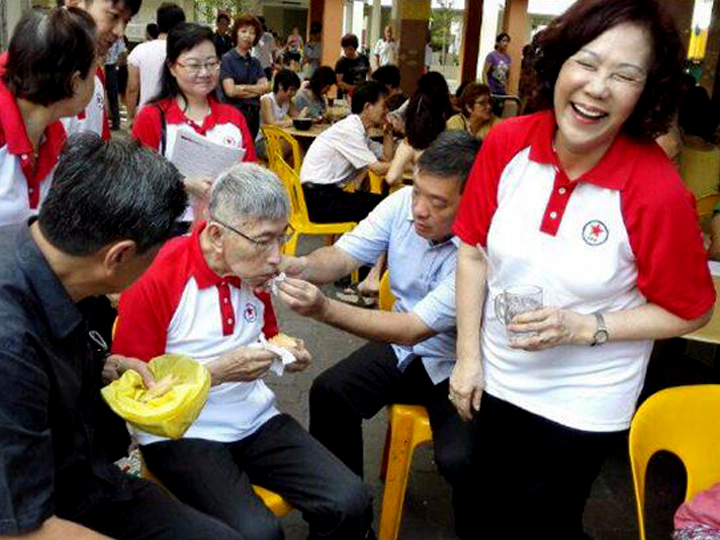 However, she hit out at the SDP on behalf of “the Chiams” for using a picture of Mr Chiam and Dr Chee Soon Juan standing side by side in a story published in the SDP’s New Democrat publication.

It’s not known how Mr Chiam expressed his grave opposition to the picture, considering he can hardly speak after having suffered a stroke that’s since left him wheelchair-bound.

The story was written by an opposition supporter, Dr Wong Wee Nam, who says:

“The image that Mrs Lina Chiam is referring to is an article in an issue of The New Democrat published in June 2015 which I had written. It recounts my effort in 2010 to try bring Mr Chiam back to the SDP.

I did this because I believe that the opposition should show greater unity and I have always tried to work towards that end. In this case it was not to be although to the SDP’s credit, it was open to the idea. The SDP was not seeking any endorsement from Mr or Mrs Chiam.”

The picture was taken in 2010 at a forum for opposition leaders hosted by The Online Citizen.

And it’s now being used as a weapon to accuse the SDP of spreading lies. 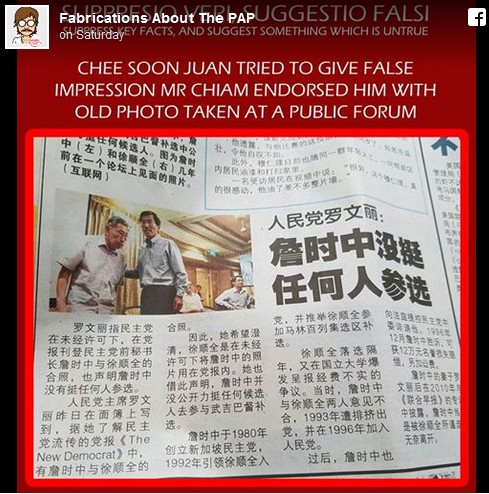 It appears that Mrs Chiam, and possibly her husband, still harbor anger from an ousting 20 years ago, supposedly perpetrated  by Dr Chee.

Mr Chiam had founded the SDP back in 1980, but rumour has it the Dr Chee ousted him as the party’s Secretary-General in 1993. 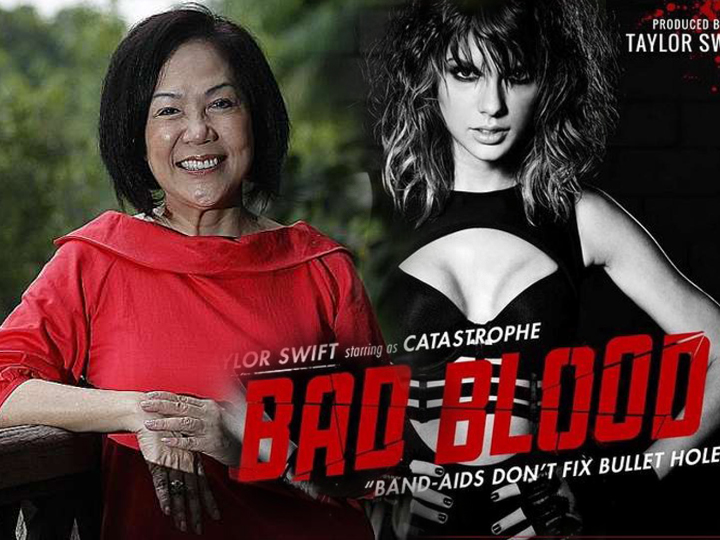