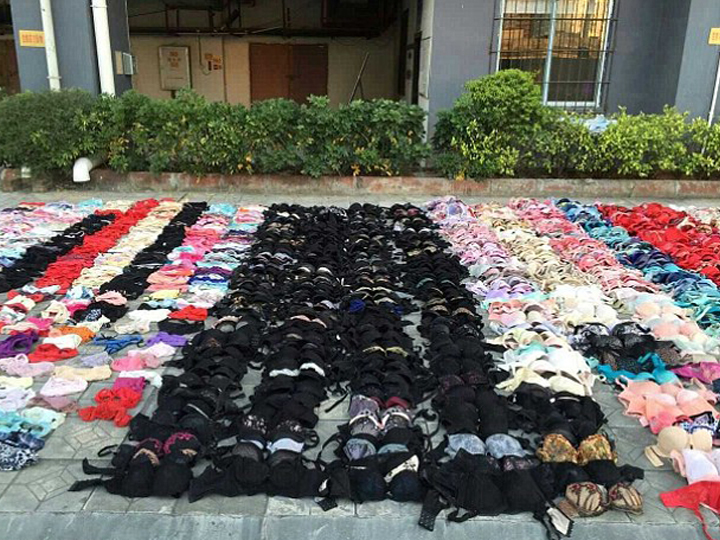 China’s most prolific underwear thief terrorised his neighbours in a one-man crime wave that was anything but brief … it lasted more than a decade.

But the bra bandit of Yulin city, southeast China, has finally been snared after the ceiling of his apartment collapsed under the weight of his stash.

The bra bandit, named only as Tan, had hidden more than 2,000 pairs of pilfered pants and brassieres in the cavity above his bedroom in the Guangxi Zhuang Autonomous Region’s second-largest metropolis.

He had amassed the vast – and colourful – trove of lingerie by creeping into his neighbours’ homes and snatching their smalls when they were at work.

Police said Tan, in his 30s, was able to gain unfettered access the flats in his apartment building thanks to a master key in his possession.

What his victims did not know was that their stolen underwear was right under their noses and in their neighbour’s apartment all along.

As the stash grew, it soon became too heavy for the flimsy roof panels and they buckled under its considerable weight. 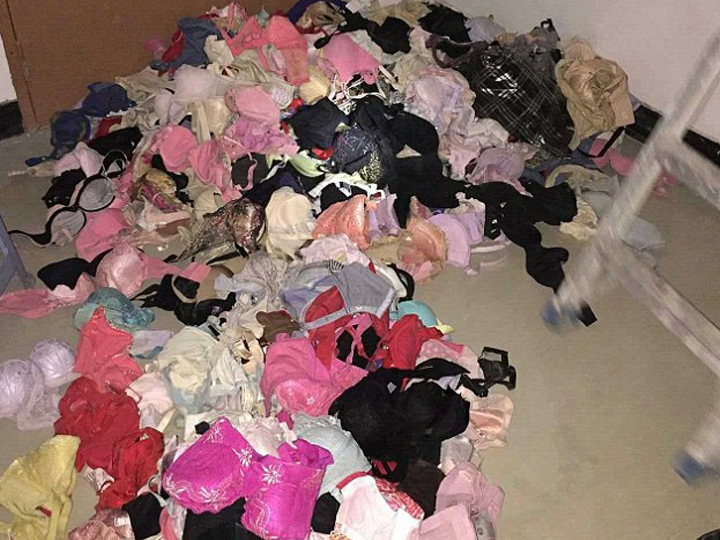 The police also report that Tang has stolen underwear from other apartment buildings, besides the one in which he lives.

The underwear thief has since confessed to his crimes, claiming he has had a mental illness since he was young boy, and said he didn’t know when his obsession with stealing women’s underwear started. 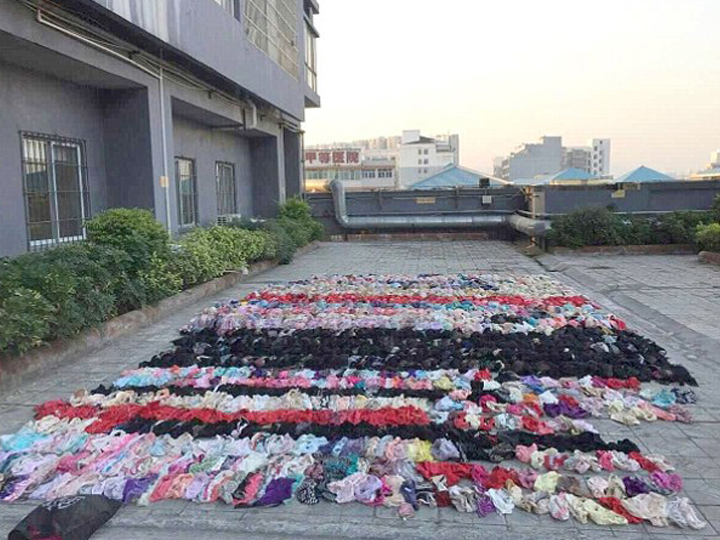