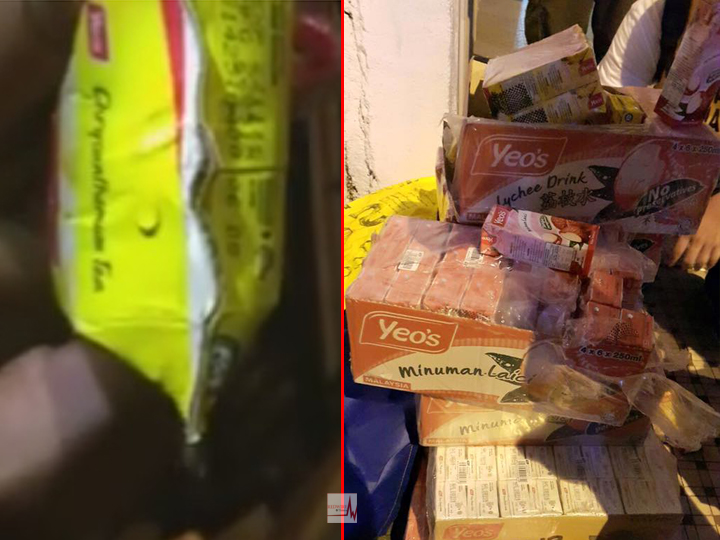 It’s got nothing to do with BreadTalk this time!

Rather, Yeo’s packet drinks are at the heart of a contamination scandal in Malaysia.

Bersih protestors claimed that innocently-packed Yeo’s drinks were spiked by a yet-to-be-discovered person or entity, which caused those who drank the beverages to have food poisoning.

Apparently, the culprit spiked the drinks by injecting a contaminant in them.

Organisers of the Bersih 4 rally said the contaminated drinks handed out to rally goers on Saturday was an act of sabotage.

“These drinks have caused participants to have stomach pains, vomiting and diarrhoea. This seems to be an act of sabotage and an attempt to poison our participants, who have since been given medical attention and taken to the hospital.”

“DON’T take any FREE drinks offer along the road you passby or take from kiosk somebody’s setting up, esp packet drink. My cousin who r thr vomit immediately & his mouth feel damn hot after drink it, they took away all the pkt drinks to one of the medical support team at somewhere & found pinhole on the pkt drink !”

“The participants consumed lychee flavoured drinks that were handed out to them. However, since only two cases have been reported thus far, the link between the diarrhoea cases and the drinks cannot be ascertained yet,” he said in a statement.

He said the diarrhoea cases were not serious and they were treated as outpatients.