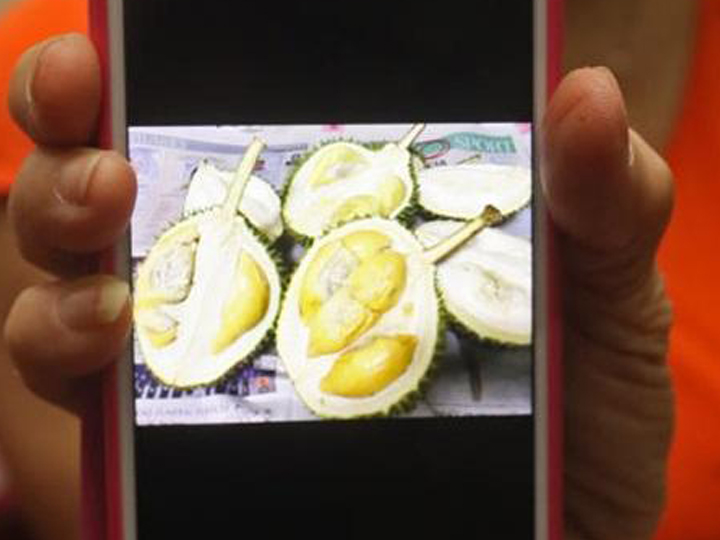 Durian lovers, be on your guard if you’re approached by door-to-door salesmen selling durians – this 66-year-old aunty just got scammed into paying extra $$ for lousy quality durians bought from these salesmen.

Mdm Tan, who stays in a HDB flat unit at Block 112 Jurong East St 13, was approached one day by a door-to-door durian salesman who was selling mao shan wang durians on the cheap.

How much cheaper? S$14 per kg of mao shan wang durians, compared to the S$19 per kg she normally pays for her mao shan wangs.

Mdm Tan described the salesman as a man in his 30s who spoke with a Malaysian accent.

He said he was selling his durians “cheaper than outside stalls” and since he only had 5 durians left, he asked her to “help a bit” and buy them so he can finish work early.

Mdm Tan thought that since her younger brother who lives in Australia was coming back for holiday, she would buy some as her brother is a durian-lover.

So, she bought 3 durians from the salesman.

After she placed her order, the salesman’s partner brought a basket of 10 durians to her flat (so much for “5 durians left”).

He then chose 3 and weighed them in front of Mdm Tan.

Mdm Tan paid the salesman duo for 7.8kg worth of durians, but after they left she felt something wasn’t right when she carried them.

Weighing the durians again, Mdm Tan said they only weighed 5kg – which means she paid S$40 more than what she should have.

Also, after opening the durians, Mdm Tan said the quality of the meat was poor in comparison to the durians she is used to buying from her usual durian stall.

She inspected the durians closer and believes they are fake mao shan wang durians.

Mdm Tan wants to warn the public to beware of such “durian scammers”.