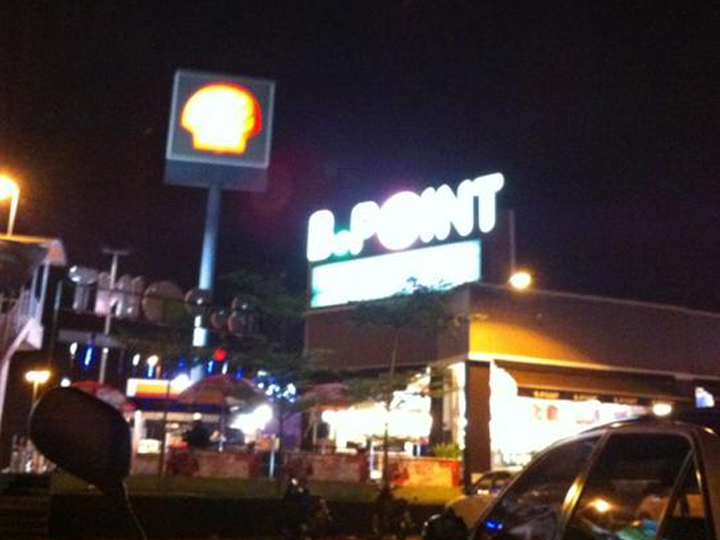 RAIHAN: This incident took place at the money changer area just behind BPoint. I was in the car while my fiance was just outside when a guy in his late 30’s came limping and seeked help. He told us that he’s a Singaporean and he just got robbed and he had nothing left with him. We questioned where he stayed and answered ‘Potong Pasir’ and advised him to go to the embassy to seek for help to which he replied it wasn’t open at that hour and he had to wait for the next day.

That was when he told us to spare him $30-$40 for him to crash in a hotel because he is injured and he couldn’t take it any longer. To support his statement he gave us what he claimed his daughter’s IC number and contact so that she can transfer the money back. My fiance told me to take down the IC number and I had suspected something fishy so I asked him to repeat the IC number thrice and believe it or not it was ALL DIFFERENT.

Alhamdulillah, not long after that two Indian locals who were nearby came to our rescue and came towards us. One told us to not believe his ‘lost his passport and cannot go to the embassy’ story while the other went straight up to him to tell him to get lost and stop doing his dirty tricks to cheat people of their money. He then left. We were told he is always lingering around the area preying on Singaporeans and that wasn’t the first time he did so.

After the incident we washed the car and went to Petronas petrol kiosk just after the JB checkpoint and we saw the same guy approaching a Singaporean biker!!! My fiance was about to warn the biker but it was too late. The guy left after getting $20 from the biker who was told the same story.

The scammer was rather persistent and he seemed very legit. His accent sounded very Singaporean. He is a thin Malay guy wearing specs with tattoos on his right arm. I am very sure he will do it again and keep scamming people of their money. I hope this serves as a lesson for everyone and to be extra careful and vigilant when you’re around the area.

Thanks Raihan for this letter.
Send us your letters at mail@redwiretimes.comFind us on Facebook!