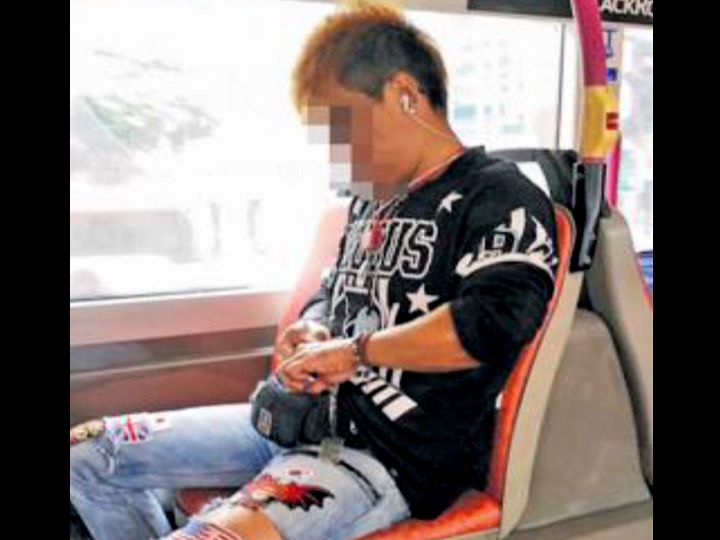 Helped by a Malay makcik onto a bus, this golden-haired Beng cut a pathetic figure.

He was even holding a black and white cane to feel his way onboard.

Looking about 20 years old, the “blind” teen was trendy – wearing ripped jeans, earphones and sunglasses, and that golden hair…

Once he was escorted to his seat, the teen even asked if the makcik could spare him S$2, to which she duly obliged.

And the next thing you know, moments later, kim moh (gold hair) was caught in the act visually counting the money in his pouch!

An eyewitness who caught him in the act snapped this photo, and said she’s mortified that someone so young would take advantage of other’ kindness in such a way.

From the wad of cash stashed in his pouch, the golden-haired Beng is likely to have conned many others like the kind-hearted makcik, says the eyewitness.