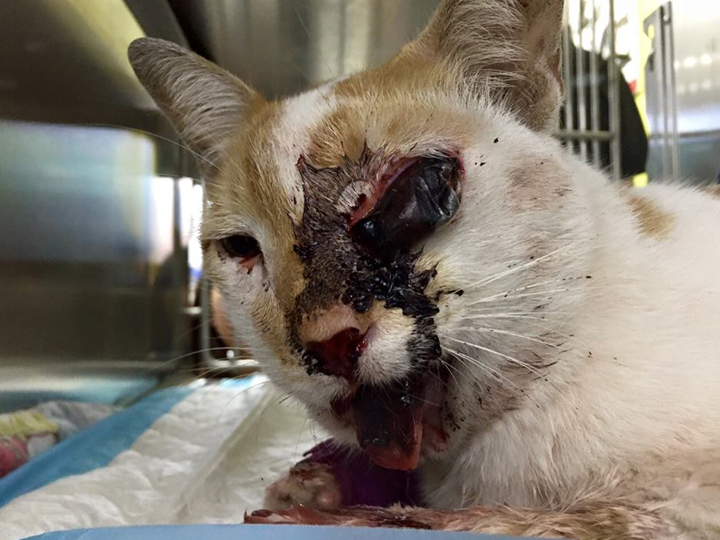 CLAIRE: Came across this Facebook post about a cat named Ginger that hangs out at Waterloo Street. It was a purr-fectly healthy cat, at least physically, until one day its usual feeder found it bloodied and and bruised. The cat had its jaw broken, and one of its eyes had popped out of its socket. That doesn’t seem to me like the handiwork of a rival kitty. It looks more like a person very purposefully and viciously attacked it.

As to why someone would do that, I don’t know. Stress? The need to feel powerful? Or maybe he (or she) just hates cats with a vengeance because one of them clawed his mother’s eyeball out and he wanted revenge. I highly doubt the revenge part. It’s a sad day when humans show such cruelty to harmless animals just to achieve personal pleasure. And to think we call animals “savages” and beasts”. Humans have higher thought, and have more brainpower than animals, which mostly rely on reflex, so its inexcusable that people savage and beastly acts. It just shows you how inhuman some of us really are. 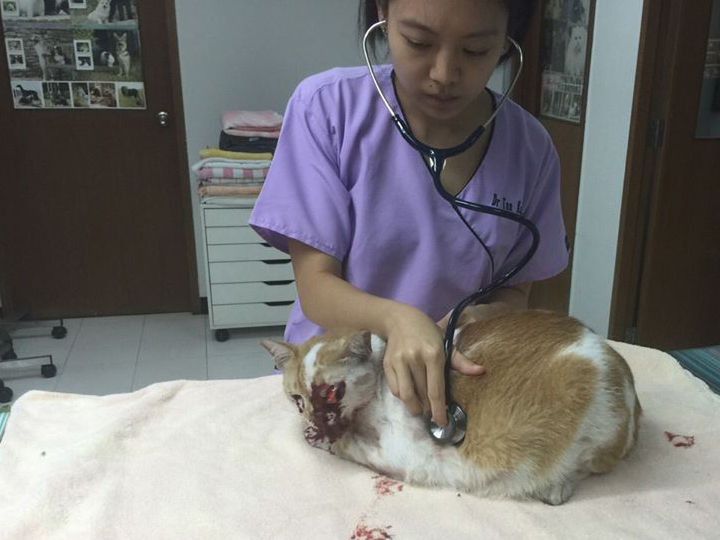 More than S$3500 has been raised from public donations to treat Ginger the Cat, which gives some cold comfort. After checks at a vet, Ginger is cleared of any internal injuries, and the animal doctors are working to repair its jaw so it can chew normally again. Meanwhile, someone with cat blood on his paws walks free, free to strike another homeless cat another day. 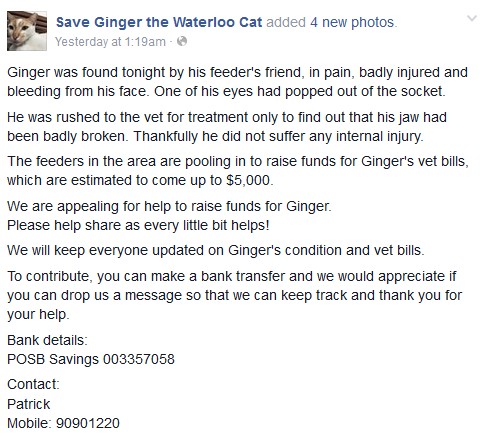 Thank you Claire for this story.
Send us your stories at mail@redwiretimes.com
Find us on Facebook! https://www.facebook.com/redwire.singapore