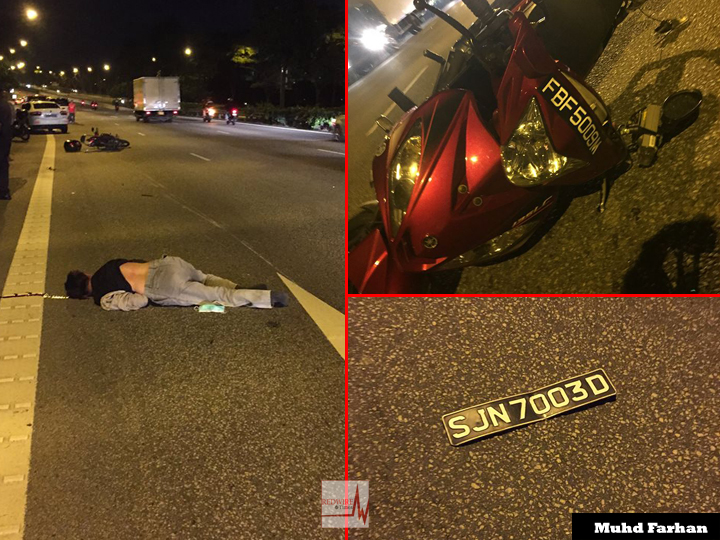 Some hit-and-run drivers get off the hook, but this chap really bo beh zhao (no horse run: Hokkien slang for “no way to escape”)

A motorist says he was driving along the Seletar Expressway when he discovered a motorist lying in the middle of the road.

Muhd Farhan says he managed to swerve to avoid hitting the motorist, who was unconscious and bleeding badly.

“Was driving along SLE and was lane changing from lane 2 to lane 3 to exit woodlands ave 2 when i saw what look like a log in front of me, was thinking wether to avoid it or to go over it when only very close did i realise it was a body lying in the middle of the road. Lucky i had enough time to avoid the rider and stop. Rider bike was on lane 2, rider box was on lane 1, rider helmet no where to be seen and rider was bleeding badly on the head and knocked out.”

Mr Farhan said he called for help, and an ambulance arrived in 10 minutes to whisk the traffic accident victim to Khoo Teck Puat hospital.

In the event of a traffic accident where there is an injured person, the police must be called to scene and both drivers must be present when police arrive (because Singapore law says so). 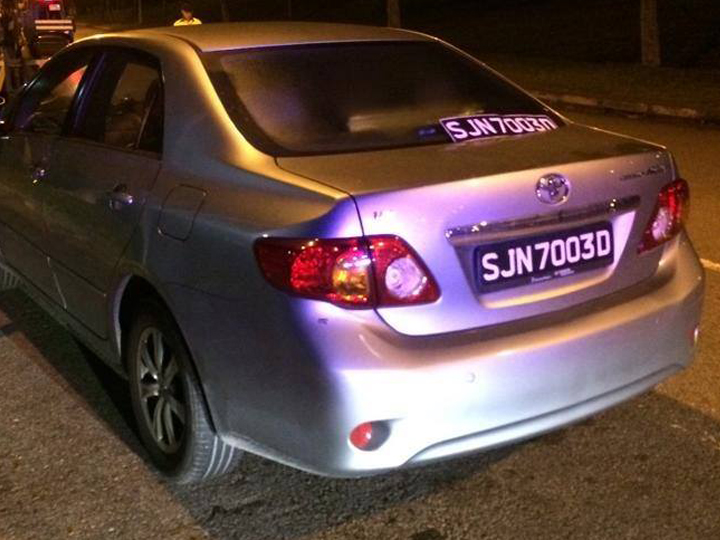