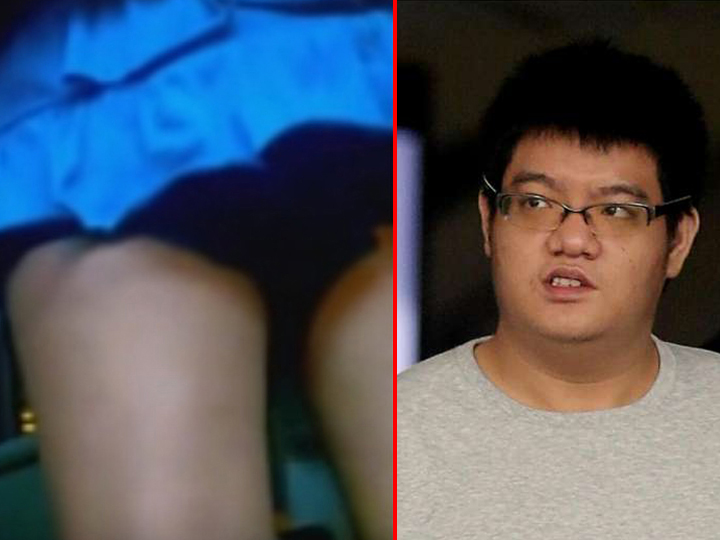 Sometimes you wonder about the level of common sense some people possess – people such as 27-year—old part-time waiter and part-time-pervert Tan Kai Kang.

He was caught taking an upskirt shot of a 33-year-old private banker at Suntec City mall in March last year.

Tan was clumsy enough to brush the banker’s calf with his handphone, and when she turned around, she saw him holding a handphone with its camera pointing in between her thighs and its flashlight switched on.

Tan apparently spotted his victim after lunch and followed her.

The feisty lady grabbed Tan and took him to the information counter, and he was arrested thereafter.

This was the second time that Tan targeted the banker.

Police investigation showed that Tan had been actively taking upskirt shots of women since Nov 2015.

He has been jailed for 6 months after admitting to 3 charges of intrusion into women’s privacy.