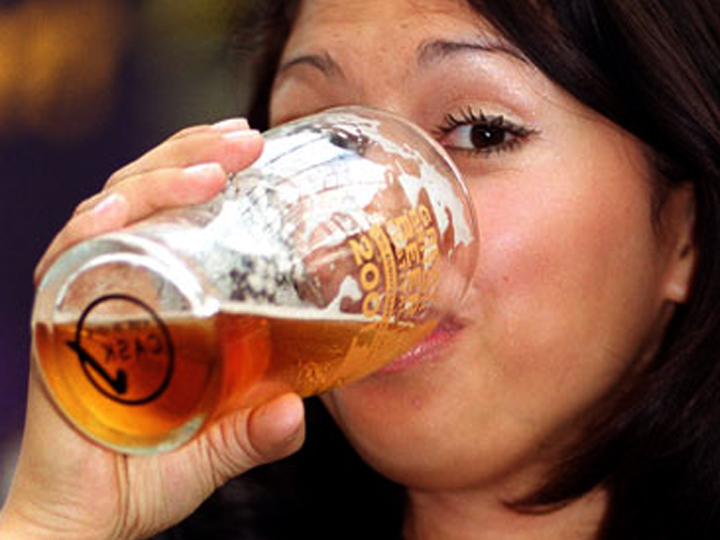 Women who drink up to two pints of beer a week are at a lower risk of suffering from a heart attack, say scientists at the University of Gothenburg.

The scientists say women who do face a 30 percent lower risk than women who don’t drink beer, and women who are heavy drinkers.

“Previous research also suggests that alcohol in moderate quantities can have a certain protective effect, but there is still uncertainty as to whether or not this really is the case.

‘Our results have been checked against other risk factors for cardiovascular disease, which substantiates the findings.

‘At the same time, we were unable to confirm that moderate wine consumption has the same effect, so our results also need to be confirmed through follow-up studies.”

The scientists derived their study outcome, after following 1500 women over a period of almost 50 years.

The women were asked to indicate how often they drank beer, wine or spirits, and also about their a range of physical symptoms.

The results reveal that over the 32-year follow-up period, 185 women had a heart attack, 162 suffered a stroke, 160 developed diabetes and 345 were diagnosed with cancer.

Researchers found a statistically significant connection between high consumption of spirits – defined as more frequent than once or twice per month – and an almost 50 per cent higher risk of dying from cancer, compared with those who drink less frequently.

The study also reveals that women who reported that they drank beer once or twice per week to once or twice a month had a 30 per cent lower risk of a heart attack than women who drank beer several times each week, or daily, or those who never drank beer.