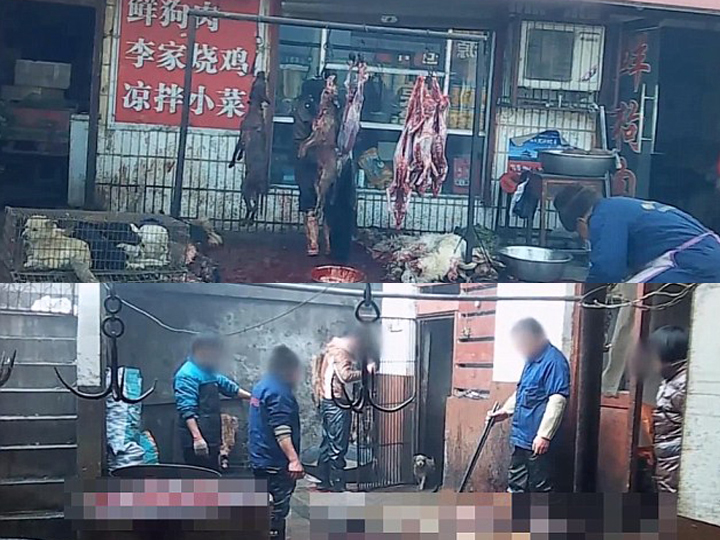 Leather gloves, shoes and other goods being sold in some shops and online may be made out of dogs slaughtered in horrific factories in China, it has been claimed.

Dog skin produced in the slaughterhouses are used in products, labelled real leather, destined for export to the West, according to an animal rights group.

Footage taken by People for Ethical Treatment of Animals (PETA) shows workers stood by a door at a slaughterhouse the northern province of Hebei. As dogs are led through the door, the men kill them with a heavy stick. Sometimes it takes several blows to finish off the unwitting animals.

Meathooks sway grimly in the foreground of the upsetting footage. PETA Asia’s investigator saw workers peel the skin off dogs who were still alive.

“Skin looks the same, whoever it comes from, and Chinese dog killers are not likely to advertise their skins honestly, so it’s impossible to tell if those leather gloves or wallets are made out of dog, cow, pig, or goat skin.”

Without conducting expensive DNA tests, it is virtually impossible to know exactly what kind of animal leather is made from.

The organisation said it visited three slaughterhouses and six processing plants in central China during a year-long investigation into the slaughter of dogs and the production of dog skin. 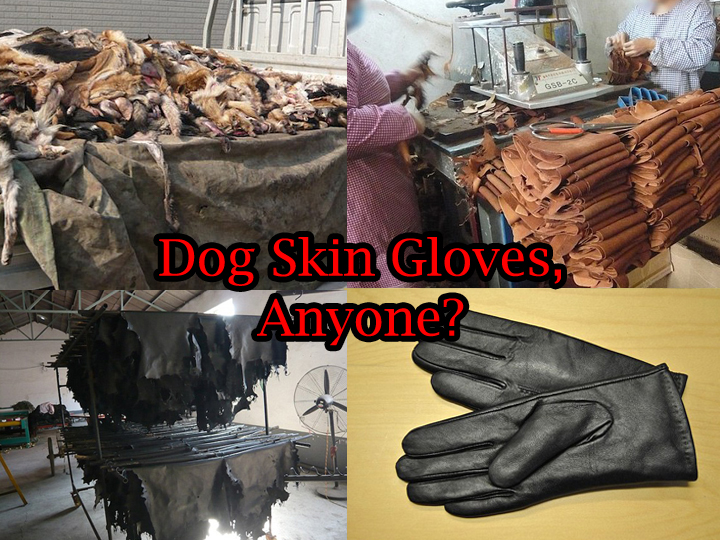 A dog slaughterer told PETA Asia’s investigator that the facility bludgeoned and skinned 100 to 200 dogs a day.

About 300 dogs are kept in the compound, and some can be seen frantically climbing over one another in an attempt to escape the packed holding cell.

Although the dog-meat industry in China is well known, this is the first time that the production of Chinese dog leather has been captured on camera.

News agency Reuters confirmed the use of dog skin during a visit to an open-air leather processing workshop, where workers stretched washed dog skins, to dry in the sun.

With dog meat restaurants popular in many parts of the country, several establishments later sell the animals’ skin to leather producers, workers at the Hebei workshop said.

‘There are restaurants that sell dog meat and people that eat dog meat,’ said one leather producer, who declined to be named because he was not authorised to speak to the media.

‘These places have a person who specially comes and collects the skins; they’ll go to each place and take a few,’ he said, referring to the producers. ‘It happens all over the country.’

PETA and other rights groups say dogs are slaughtered throughout the country, with regulations on animal slaughter poorly enforced.

Dog skin yields a tough leather of generally poorer quality than that of sheep or cows, but which is also cheaper to make.