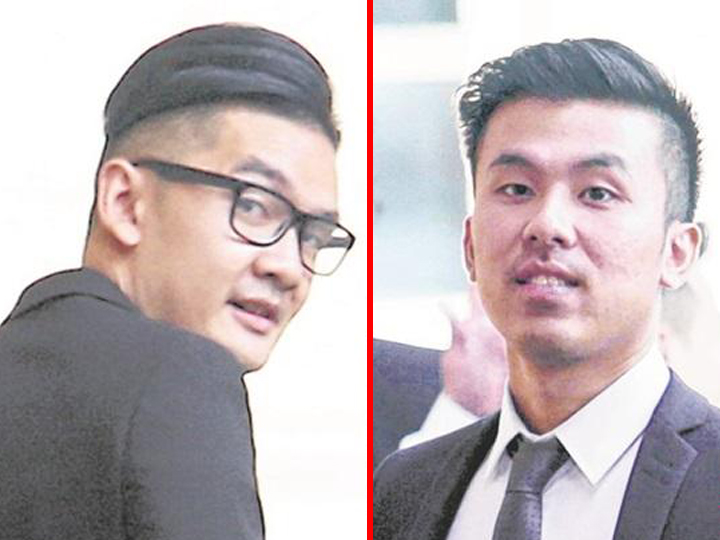 The 3 British nationals of Vietnamese descent who were on trial for taking turns to rape a 22-year-old Malaysian woman in Carlton Hotel have had their rape charges reduced to aggravated molest.

They pleaded guilty to the reduced charges and the court this morning slapped them with jail terms and caning:

22-year-old Khong Tam Thanh was given 6 years’ jail and 8 strokes of the cane.

24-year-old Michael Le was jailed for 5.5 years and given 5 strokes of the cane.

Thanh and Son had also each admitted to a second charge of outrage of modesty by committing another sexual act on the woman.

It was not mentioned in court why the charges were reduced.

The maximum punishment for aggravated molestation is 10 years in jail.

The 3 men had flown here from Britiain on Sept 9 last year to attend the Ultra Singapore music festival.

A friend of the 3 men, Ahn Viet Trinh aka “Richard” met the 23-year-old victim at Zouk while he was with them.

He asked the Malaysian woman to return with him to his room in Carlton Hotel and she agreed.

She was drunk at this point of time.

Returning to the hotel, Ahn and the Malaysian woman had sex at about 2.30am.

The woman then fell asleep.

At around 4am, Ahn allowed Khong to enter the room.

That’s when Khong allegedly raped her and penetrated her with his fingers.

He then allegedly raped the woman and penetrated her with his fingers.

He raped the woman, but midway through having sex with her, she woke up.

She pushed him away and covered herself with a blanket, allegedly telling him that she would never have agreed to have sex with someone as ugly as he was.

Ahn later returned to the room at 5.20am.

The woman confronted him as she suspected that he played a part in the alleged rape.

The woman then texted a friend, who picked her up at about 6.30am and took her to his flat to rest.

She lodged a police report the same day.

All 3 men later submitted letters apologising to the woman, with Thanh offering her S$5,000 to show his contrition.